IAF's Rafale fighter jets has proven its worth in combat: Here's how

India on Wednesday received its first batch of new multi-role fighter aircraft in two decades with the arrival of five Rafale jets, giving the country's air power a strategic edge. The aircraft, having an undisputed track record and considered one of the most potent combat jets globally, landed at the Ambala Air Force base at around 3.14 pm to a rousing reception. 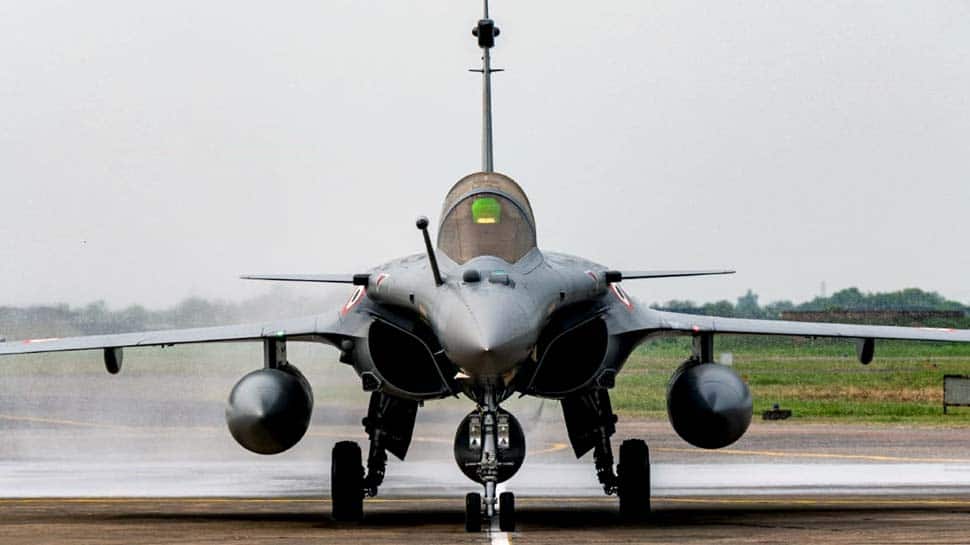 India on Wednesday received its first batch of new multi-role fighter aircraft in two decades with the arrival of five Rafale jets, giving the country's air power a strategic edge. The aircraft, having an undisputed track record and considered one of the most potent combat jets globally, landed at the Ambala Air Force base at around 3.14 pm to a rousing reception.

Each jet was given a special water cannon salute at the strategically-located airbase in the presence of top brass of the Indian Air Force including Chief of Air Staff Air Chief Marshal Bhadauria who had played a key role as lead negotiator in the procurement of the jets. Welcoming the arrival of the jets, Prime Minister Narendra Modi, in a tweet in Sanskrit, said there is no virtue like protecting the nation and there is no vow like defence of the nation.

The fleet, which took off from Merignac airbase in French port city of Bordeaux on July 27 morning, had a planned stopover at Al Dhafra airbase in the UAE and began its onward journey this morning. The Rafale jets established contact with Indian Navy warship INS Kolkata in the Western Arabian Sea and were escorted by two Sukhoi 30 MKIs after they entered the Indian air space. 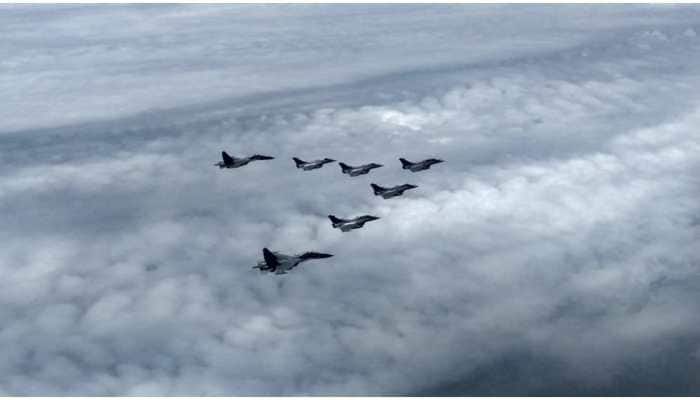 The Rafale jets, known globally as one of the most potent strategic platforms with unmatched capability in carrying out a variety of roles, will significantly bolster India's air combat capabilities when it is facing hostile neighbours like Pakistan and China. With more than 30,000 flight hours in operations, it has proven its worth in combat in Afghanistan, Libya, Mali, Iraq and Syria.

Here are the details:

From 2006 to 2011, French Air Force and Navy Rafale fighters were engaged in countless combat missions in Afghanistan where they demonstrated a very high proficiency and a tangible military value. The AASM/HAMMER precision-guided modular air-to-surface armament, PAVEWAY laser-guided bombs, and the 30 mm cannon were employed on many occasions, scoring direct hits with remarkable precision.

In 2011, French Air Force and French Navy Rafale fighters were successfully engaged in coalition operations over Libya. They were the first fighters to operate over Benghazi and Tripoli, and they carried out the whole spectrum of missions the Rafale was designed for: air-superiority, precision strikes with HAMMERS and laser-guided bombs, deep strike with SCALP cruise missiles, Intelligence, Surveillance, Tactical Acquisition and Reconnaissance (ISTAR) and Strike Coordination And Reconnaissance (SCAR). During the Libyan conflict, hundreds of targets – tanks, armored vehicles, artillery emplacements, storage dumps, command centres and air-defence systems (SA-3 Goa and SA-8 Gecko fixed and mobile SAM launchers) – were hit with devastating accuracy by Rafale aircrews. Interestingly, Gaddafi had expressed interest in purchasing a number of them in 2007.

In 2013, France launched Operation 'Serval' after jihadist armed groups began imposing their rule over the northern territories of Mali. French Air Force Rafales have taken a leading role in Mali, helping destroy enemy infrastructure and support friendly troops in contact. Four Rafales undertook the longest raid in French Air Force history, taking off from Saint-Dizier, in eastern France, and landing in N’Djamena, in Chad, after hitting 21 targets and spending no less than 9 h 35 min airborne. The French Air Force quickly set up a forward operating base in Chad, and the Rafale detachment later grew to eight aircraft.

Rafales were called in for operations in 2014 as part of Operation Chammal in the fight against the Islamic State militants in Iraq. In the first few weeks of their deployment, the Rafales' role was confined to reconnaissance flights. Their task was to identify targets for the US fighter planes undertaking airstrikes against the Islamic State. Rafales joined American operations in conducting airstrikes. France conducted its first airstrike on 19 September against Islamic State targets in Iraq. Then-president Francois Hollande announced that an Islamic State supply depot in north-eastern Iraq was struck.

As part of Operation Chammal, Rafales operated in Syria also. French aircraft hit targets in Syria in early October 2015. The 13 November 2015 terror attack in Paris further intensified French air offence against the Islamic State in Libya. Rafales, as part of a fleet of fighters, struck training camps and ammunition facilities in Raqqa, Syria.