She was best known for her book Mitro Marjani, documenting the life of a young married woman in rural Punjab and her assertion of sexuality. 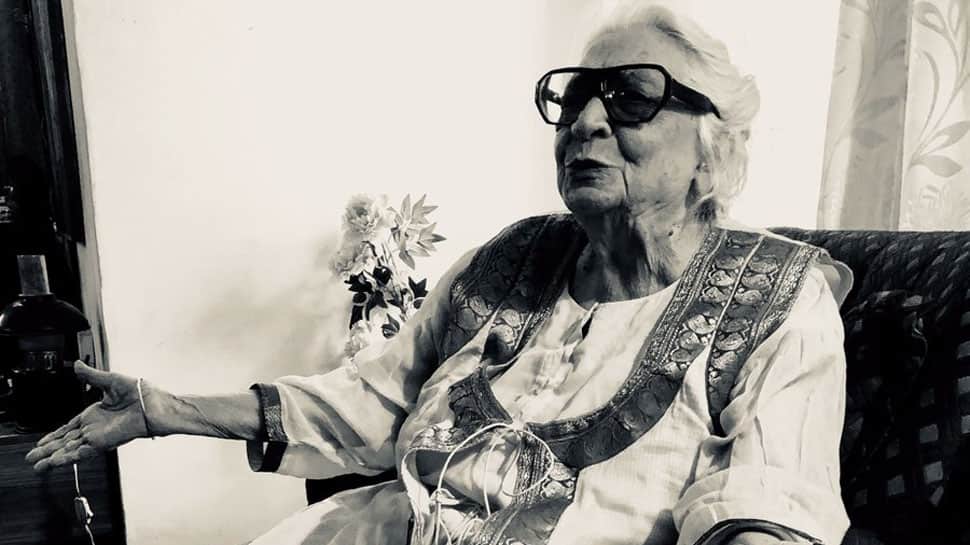 NEW DELHI: Noted Hindi fiction author Krishna Sobti died in the national capital on Friday morning. She was 93. A recipient of Sahitya Academy and Jnanpith awards, Sobti is considered to be one of the modern pillars in Hindi literature.

She was best known for her book Mitro Marjani (To hell with you Mitro!), in which she documents the life of a young married woman in rural Punjab and her assertion of sexuality.

Born in Gujrat, Pakistan on February 18, 1925, Sobti studied at Fatehchand College in Lahore. She came to India during the 1947 Partition and worked for two years as a governess to child Maharaja Tej Singh – the Maharaja of Sirohi in Rajasthan.

She reportedly married Dogri writer Shivnath in her 70s.

Sobti had won the Sahitya Akademi award in 1980 for her novel "Zindaginama". She was also conferred with the Jnanpith in 2017 for her contribution to Indian literature.

Several fans took to Twitter to express grief and adoration of her work.

Sad news: the iconic Hindi writer Krishna Sobti passed away this morning. She didn't live to see her last novel 'A Gujarat Here, A Gujarat There', which we were due to publish in just a few weeks, on the 18th of Feb, which would have been her 94th birthday. pic.twitter.com/gAiIyvtebb

Adieu Krishna Sobti! What an amazing writer and woman you were! You are gone after living a fiesty life, but we still have your books. Thanks to you, Hindi literature heard women's voices and vocabulary that it never had before. https://t.co/BZO6ok7MbN via @scroll_in

I am deeply saddened by the sudden demise of the renowned Hindi fiction writer Krishna Sobti ji. May the Almighty rest her soul in peace! @INCIndia pic.twitter.com/9RAtnUPurU

Krishna Sobti: A fine and bold chronicler of our times, a progressive and modern voice, who exemplified courage and freedom in her work and life. Condolences https://t.co/auVzLnSVw5

"She died at a hospital here today. Her health had deteriorated in the last few months and she had been in and out of the hospital," actress Ekavali Khanna, her grandniece, told IANS.

"She launched her new book in the hospital last month. Despite her ill health, she was always discussing arts, creative processes and life," Khanna added.

SC issues notice to Centre on 10% quota, refuses to stay its implementation