Expressing anguish over the bitter controversy, Acharya Balkrishna said that it is not right to target the yoga guru who has already withdrawn his statement. 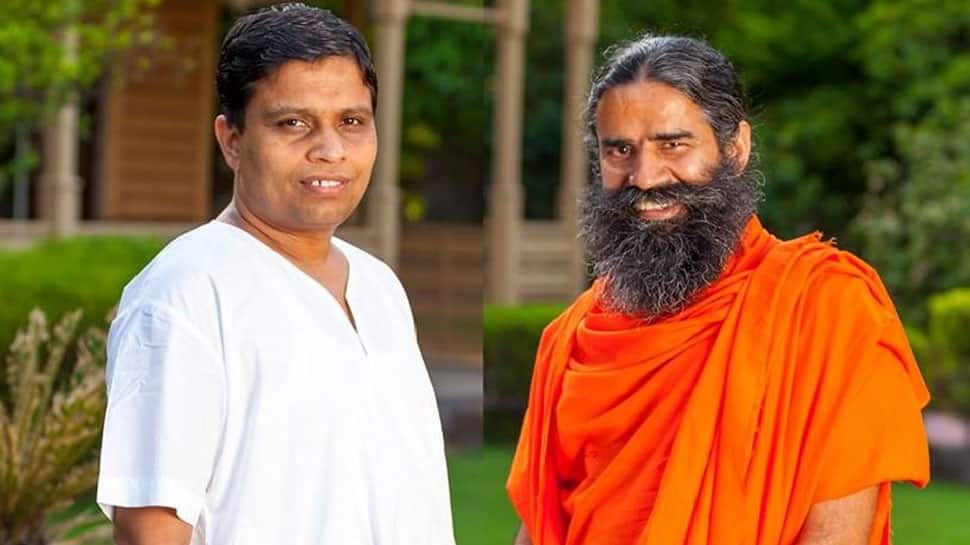 NEW DELHI: Baba Ramdev’s close aide Acharya Balkrishna has now jumped into his defence, saying the yoga guru’s remark on allopathy has been blown out of proportion.

Balkrishna, who is the chairman of 'Patanjali Ayurved', said that allopathy doctors are upset with the tremendous success of the Coronil anti-COVID kit developed by Baba Ramdev’s firm and that’s why they are blowing the issue out of proportion.

Defending Baba Ramdev, he said that the yoga guru had only read a message which came on Whatsapp and said that allopathy itself is hurting the doctors.

Expressing anguish over the bitter controversy, he said that it is not right to target the yoga guru who has already withdrawn his statement. He further stated that hundreds of doctors visit Baba Ramdev’s ashram in Haridwar for treatment of several incurable diseases through Ayurveda.

Acharya Balkrishna also came up with a conspiracy theory. In a tweet, he said, "As part of the conspiracy to convert the entire country into #Christianity, #Yoga and #Ayurveda are being maligned by targeting @yogrishiramdev jee. Countrymen, wake up now from the deep slumber otherwise the generations to come will not forgive you."

Meanwhile, the Chief Medical Officer of Haridwar has also condemned Baba Ramdev’s statement on allopathy and said that action should be taken against him. He further said that action against Ramdev will be taken if any direction comes from the state government.

Indian Medical Association on Wednesday slapped Yoga guru Swami Ramdev with a Rs 1000 crore defamation notice for his controversial remarks about allopathy, scientific medicines and their use in treating COVID-19.

The defamation notice to Baba Ramdev has been issued by the Uttarakhand chapter of the Indian Medical Association (IMA) – the apex body of Indian doctors.

It may be recalled that the IMA had earlier raised strong objections to Baba Ramdev's controversial remarks and demanded strict action against him. IMA state unit, President Dr Ajay Khanna said that a letter has been sent to the Chief Minister and Chief Secretary in this regard.

"In the letter, it is written that there is a lot of resentment among the IMA doctors against the statement of Baba Ramdev. The Union Health Minister has also sent a notice to Ramdev on the same stating that the statement is considered incorrect", Dr Khanna said.

He added that the state government should take strict action against Ramdev immediately. A defamation notice is also being sent to Ramdev on behalf of the IMA, informed Dr Ajay Khanna.

"In addition to a defamation case that will be filed soon, an FIR will also be lodged, if the government did not take concrete action on the same", he said.

After courting the controversy, Baba Ramdev has withdrawn his statements on allopathic medicine. He has also received a strong-worded letter from Union Health Minister Dr Harsh Vardhan who called his remarks "inappropriate".

"We do not oppose modern medical science and allopathy. We believe that allopathy has shown immense progress in surgery and the lifesaving system and served humanity. My statement has been quoted as part of a WhatsApp message that I was reading during a meeting of volunteers. I am sorry if it has hurt anyone`s sentiment," Ramdev mentioned in his letter to the Union Health Minister in Hindi.

The Indian Medical Association (IMA) had on Saturday sent a legal notice to yoga guru Ramdev over his alleged statements against allopathy and "defaming" scientific medicine.