The IMD has predicted heavy rainfall in parts of Uttarakhand and UP in the next few hours. 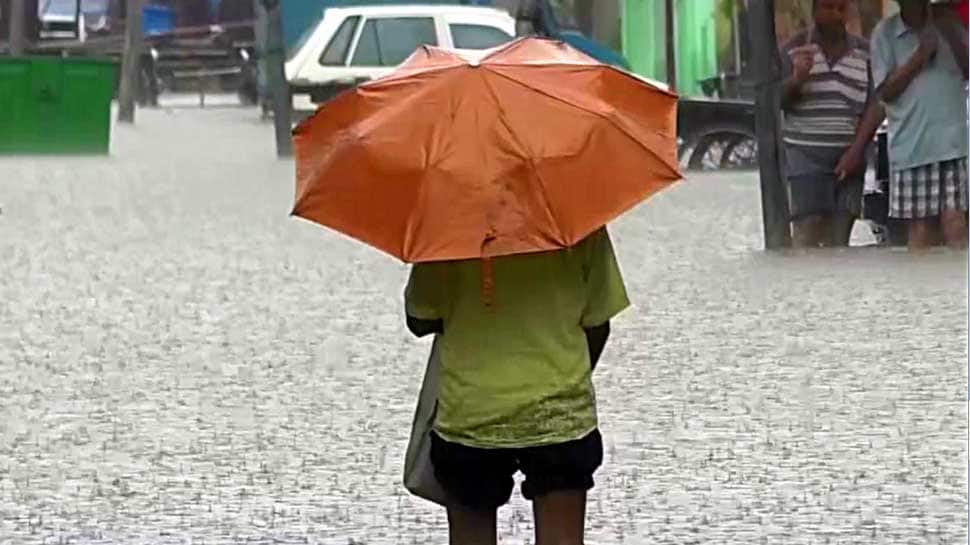 NEW DELHI: The Indian Meteorological Department (IMD) on Sunday issued a heavy rainfall warning for several districts of Uttarakhand, including the state capital Dehradun in the next few hours.

In its warning, the weather office said that 'heavy to very heavy' rainfall is likely to occur at isolated places in Nainital, Champawat, Udham Singh Nagar, Pithoragarh, Chamoli, Tehri, Dehradun and Haridwar districts on Sunday and Monday.

In its general forecast for Uttarakhand for the next five days, the IMD said that light to moderate rainfall or thundershower are very likely to occur at most places in Uttarakhand.

Meanwhile, the Meteorological Centre in Lucknow also warned that thunderstorms and lightning accompanied with rainfall are very likely to occur on Sunday during next three hours at isolated places over Kannauj, Hardoi, Unnao, Lucknow, Saharanpur districts and adjoining areas.

The warning was valid up to 19:00 hours, the Luckow Meteorological Centre said.

It may be recalled that excessive rainfall in large swathe of north India, including UP, Bihar, West Bengal and Assam, has claimed several lives in past few days.

In Uttar Pradesh, as many as 15 people had lost their lives after 14 districts across the state witnessed torrential rainfall and thunderstorm in the past few days.

According to official data, fifteen people died, 23 animals were killed while 133 buildings collapsed due to rain-related incidents in the past few days, between July 9 to 12.

Among the districts that were most affected by the natural calamity are Unnao, Ambedkar Nagar, Prayagraj, Barabanki, Hardoi, Khiri, Gorakhpur, Kanpur Nagar, Pilibhit, Sonabhadra, Chandoli, Firozabad, Mau and Sultanpur.

In Assam, the flood situation continues to worsen with new areas flooding every day even as the Assam State Disaster Management Authority (ASDMA) said that 25 districts of the state are under water and seven people have been killed so far in flood- and landslide-related incidents.

According to the ASDMA, a total of 1,405,711 people have been affected by the deluge in 25 districts. One person died in a flood-related incident in Dhemaji in last 24 hours taking the death toll to seven due to floods and landslides.

"Over 20,000 people are living in 234 relief camps opened by the district administration," an official of the ASDMA said on Saturday while adding that 51,722 hectares of agricultural land has also been submerged so far affecting the farmers.

The flood situation in Dhemaji and Lakhimpur remains the worst where most of the people have been affected. Several houses, roads and bridges have also been damaged after breach of embankments led to flooding in many areas, officials said.

The incessant rains have also affected the movement of trains in Assam and the Northeast Frontier Railway suspended train movement on the Lumding-Badarpur Hill section cutting off five states including Tripura, Nagaland, Manipur, Mizoram and Meghalaya from the country`s railway map till July 16.

In West Bengal, normal life in several districts was thrown out of gear due to incessant rainfall over the past few days. According to the Irrigation and Waterways Department, Jalpaiguri has received 154.60 mm of rainfall, Coochbehar 197.40 mm and Siliguri 97 mm, so far.

The continuous downpour has led to a rise in the water level of the Torsa river, forcing people to migrate to other places. Local administration is making efforts to bring back normalcy by pumping out water from the blocked roads. The schools, colleges, and Anganwadi centres in some places have been shut by the local authorities due to water-logging.