An Air India official has said that the immigration system server was down for more than 40 minutes since 12.20 am. 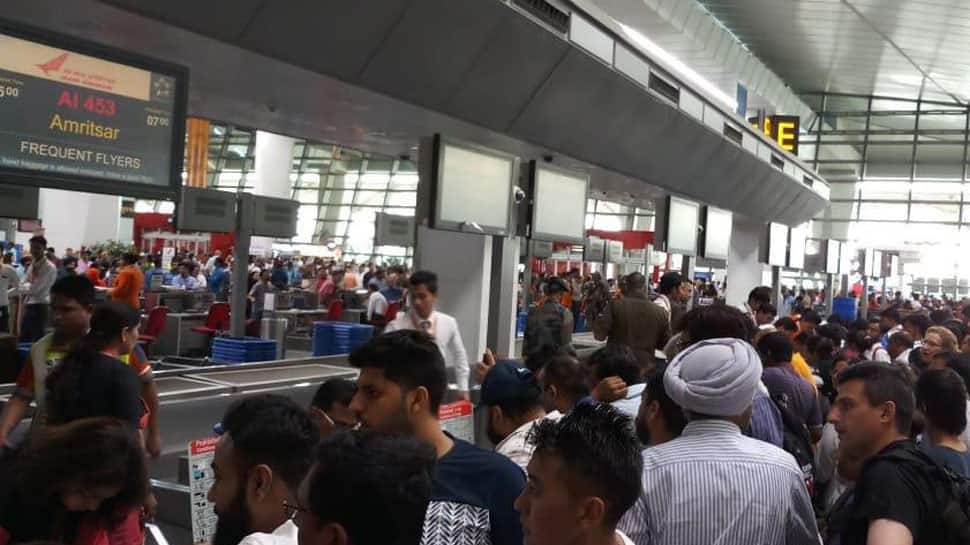 New Delhi: Hundreds of passengers faced a harrowing time at the Delhi airport early Monday as the server of the immigration system encountered technical glitches.

An Air India official told PTI that the immigration system server was down for more than 40 minutes since 12.20 am.

At around 1 am, the official also said crew for three Air India flights were stuck and that no time line has been given by immigration authority to resolve the issue.

A passenger, who was waiting for immigration check, said there has been a long delay due to server issues.

A public announcement was also made at the airport about the server problem and that personnel have started doing manual checking process, according to the passenger, who is to take an Air India flight to San Francisco.

Many passengers took to Twitter to complain about the delay in immigration process and some of them also tweeted pictures of long queues at the airport.

The incident comes a day after Air India's Passenger Service System faced technical glitches and was not functional for more than five hours.

The incident on Saturday early morning had also resulted in delay of scores of Air India flights.

The Indira Gandhi International Airport (IGIA) is the busiest airport in the country.