Hundreds of people in Muzzafarabad chanted 'Imran Khan go back' as they showed just what they thought of the Pakistan PM's false claims and sympathies. 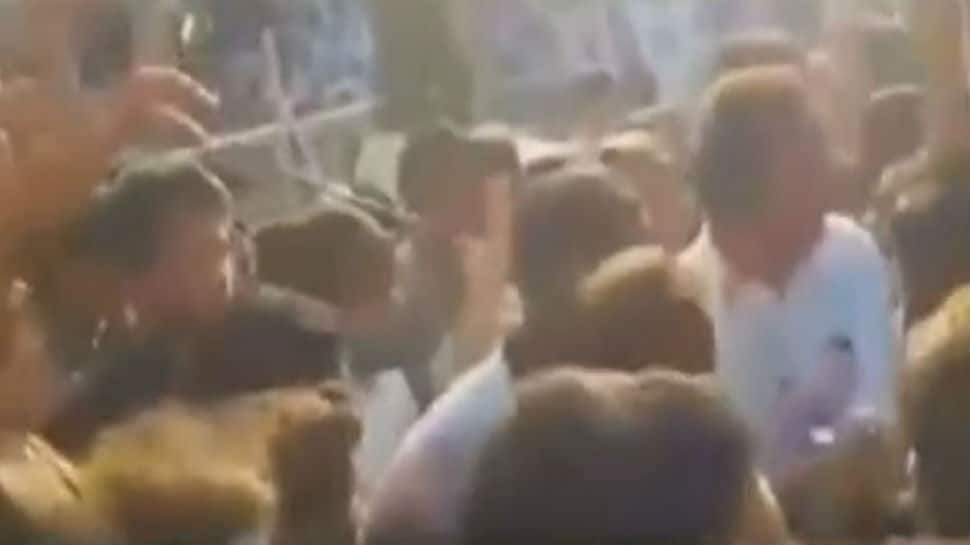 He claims to be a well-wisher of Kashmiri people but Imran Khan's false wishes cut no ice with the people of Pakistan-Occupied-Kashmir (POK) with hundreds shouting slogans against him during his recent visit to the region.

Imran was in Muzzafarabad on Friday where he tried to rally up the support of locals against the Indian government. He appealed to the people in POK to stand up for the rights of people in Jammu and Kashmir. Continuing to peddle falsehoods, the Pakistan PM claimed that India is oppressing locals in Jammu and Kashmir and that it is his government that will raise the issue at every forum. Instead of the cheers he had hoped for his lies, hundreds of people began chanting slogans which revealed their opinion of him. "Imran Khan go back," they yelled in unison. (Also watch: Five proofs that Pakistan is losing control of POK)

The chants of people in POK revealed their real sentiments, especially because they have time and again protested against Islamabad. While Pakistan has made false allegations galore about supposed human rights' abuse in Jammu and Kashmir, people in POK have come out repeatedly - and in dozens - to protest against what they say is discrimination by Islamabad. The Pakistani Army has also been accused of committing atrocities here. (Watch: DNA analysis of POK's demand for independence)

Locals in POK have also accused Pakistan of waging a water war against them and say that water from the region is being taken away to supply major cities of the country. (Full report here)

In April of 2019, the Pakistani Army had resorted to force to subdue a protest in POK which had left many injured. (Full report here)

In the light of such developments, Imran's call for 'Kashmir Solidarity' clearly lies in shambles and betrays his false sense of concern for the people here.