The unit has been given the title of 'Danteshwari Fighters.' 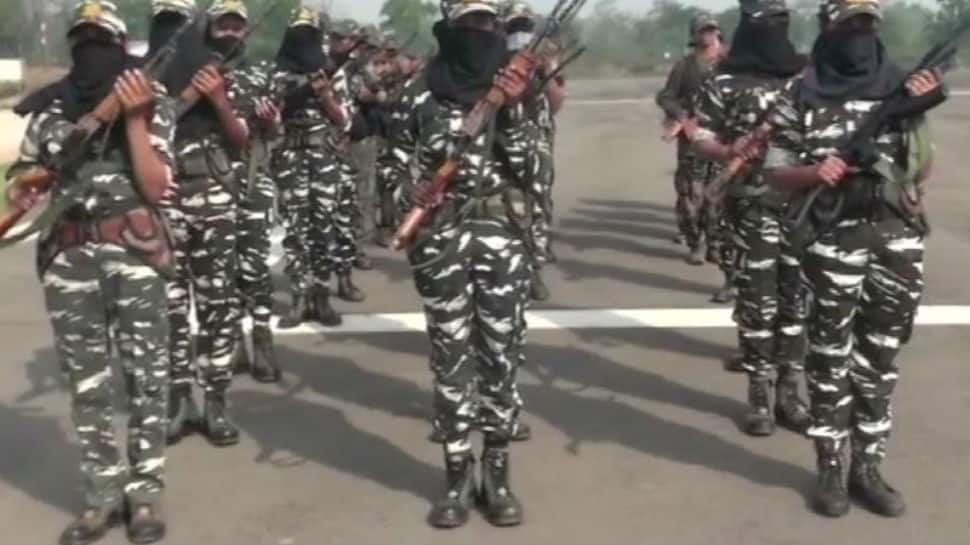 A 30-member all-women anti-Naxal commando unit called has been deployed in Naxal-affected areas of Bastar and Dantewada in Chhattisgarh. The unit is titled 'Danteshwari Fighters.'

Both - Danteshwari Fighters and the police officials teams - have received extensive training in jungle combat.

A year ago, CRPF in Bastar had also formed a separate team comprising of youths to tackle the Naxal menace in the region. They were called 'Bastaria Battalion' and several young boys and girls were deployed in the team. Their training is already complete.

Interestingly, the 30 women in Danteshwari Fighters have been chosen from the Bastaria Battalion team.

They have experience of fighting against the Naxals and know the areas well. The 30 commandos have just returned after completing their training in plains and now they are being trained to fight against the Maoists in the jungles of Bastar.

In a first, the all-women DRG team is being readied under the leadership of Dantewada SP Abhishek Pallav. Till now, only five men's team were there in Dantewada.

The responsibility of the training of the 30-member team of Danteshwari Fighters has been given to DSP Dinshwari Nand. The unit also includes five surrendered women Naxals.

Their training has reached the last stage and they are being prepared to combat Naxalism in various different ways. They have been given training to ride a bike, how to handle hi-tech technology and have been handed over modern weapons.

The initiative comes as a strong example of women empowerment.

"I am confident they will they do a good job. It is a unique example of women empowerment," Chhattisgarh Bastar IG Vivekananda Sinha said.

Vilasrao Deshmukh was busy getting a film role for his son during 26/11 terror attack: Piyush Goyal