In a first, ‘Rifle Women’ of Assam Rifles deployed on LoC duty 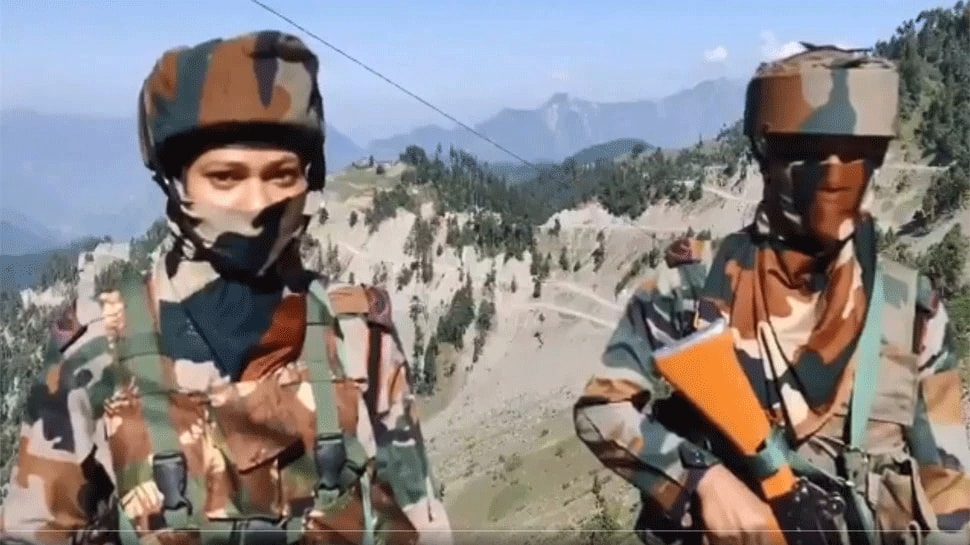 SRINAGAR: For the first time, the Indian Army has deployed 'rifle women' along the Line of Control (LoC) between India and Pakistan in Jammu and Kashmir on national security duty. This is probably for the first time in the history of the Indian Army that women have been deployed on regular security duty along with their male counterparts in the areas adjacent to the LoC.

Deployed at an altitude of ten thousand feet, at the top of the Sadhana Top of the LoC, nearly half a dozen ‘rifle women’, led by a woman officer of the Indian Army, have been have been tasked to guard the road going towards the LoC.

According to reports, these women soldiers are from the Assam Rifles and have entered the Indian Army on deputation.

The newly deployed ‘Rifle Women’, which is part of Assam Rifles - the oldest paramilitary force of the country -, had been entrusted with the task of guarding the national border close to the LoC.

They have also been asked to check smuggling of narcotics, fake currency and weapons through the Sadhana Pass, which is more than 10,000 feet high from the sea level. Importantly, this area is very close to the Pakistan-Occupied- Kashmir from where Pakistan-backed terrorists make attempts to infiltrate into the Indian side.

The deployment of rifle women is important since there are nearly 40 villages between the Tangdhar and Tithwal areas near the Line of Control. All vehicles coming from these villages cross the Sadhana Pass to enter other parts of Kashmir.

The responsibility to search these vehicles as they enter the Sadhana Pass lies with the Indian Army. However, often due to the presence of women passengers in civilian vehicles, it is very difficult for the Armed personnel to carry out a thorough search.

To assist the Indian Army, a platoon of ‘Rifle Women’ had now been deployed there. The nine 'rifle women' of this platoon, under the leadership of a female captain of the Indian Army, will search each and every vehicle carrying woman passengers which pass through the area.

The weather here keeps constantly changing and along with the strong winds, rain-snowfall makes the task difficult, but these rifle women from the North-East continue to work with full vigour and enthusiasm.

Though women are not yet allowed in combat roles in India, the Centre women recently allowed the grant of permanent commission to women officers in the Indian Army.

The move paves the way for "empowering women officers to shoulder larger roles" in the Army, the statement said.