This is the first ever Prime Ministerial visit from India to the Gulf monarchy. 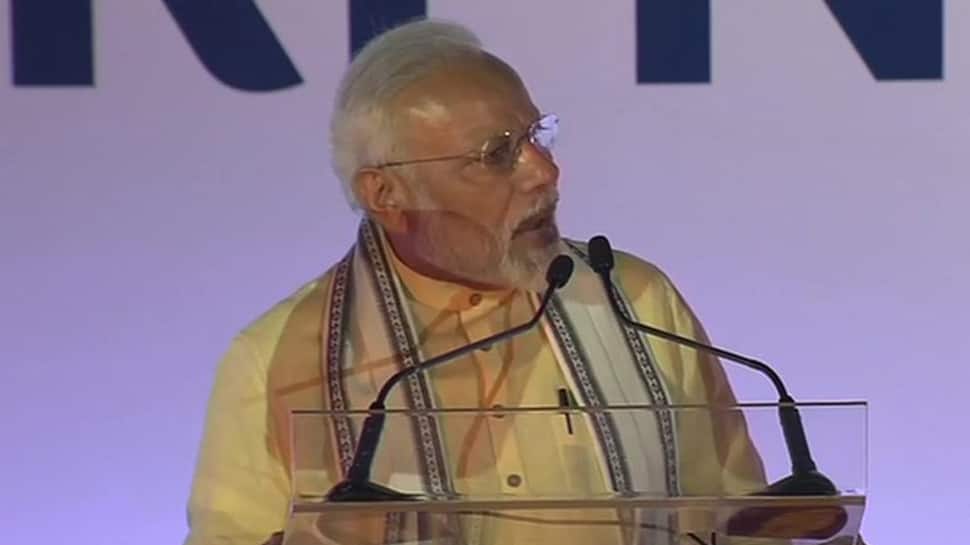 New Delhi: Addressing the Indian diaspora in his first visit to Bahrain, Prime Minister Narendra Modi Saturday pushed the $5 trillion economy GDP goal for India. "There is an increased self-confidence of India and Indians" in last five years and "India is making improvement in every global ranking," he said.

The Prime Minister said India is one of the most digitally connected countries and this has made banking available to many in India. "BHIM app, UPI and Jan Dhan have made banking in reach of the common man."

He further announced that RuPay card will soon be launched in Bahrain and an MoU was signed regarding this on Saturday. Soon will say, "Pay with RuPay to your friends in Bahrain", PM said.

"All of you know that on September 7, India's 'Chandrayaan' is going to land on the surface of moon. The entire world is discussing India's space missions today. The world is astonished that how are we able to gain these results in such small budget, using only our skills," added the Prime Minister.

Two more MoUs, in the field of space, culture and the International Solar Alliance, was inked between the two nations.

Immediately after landing, PM Modi tweeted, “Landed in Bahrain. This visit is historical and will improve ties between our nations. I look forward to meeting the top spectrum of leaders and interacting with the Indian diaspora.”

Landed in Bahrain. This visit is historical and will improve ties between our nations. I look forward to meeting the top spectrum of leaders and interacting with the Indian diaspora. pic.twitter.com/E34BsTopks

This is the first ever Prime Ministerial visit from India to the Gulf monarchy. Prime Minister Narendra Modi was extended a ceremonial welcome at the Al Gudaibiya Palace on Saturday in the presence of his Bahraini counterpart Khalifa Bin Salman Al Khalifa.

Honoured to have met HH Prince Khalifa Bin Salman Al Khalifa, Prime Minister of the Kingdom of Bahrain. Our talks were comprehensive and included a wide range of subjects concerning India-Bahrain relations. pic.twitter.com/9xtlNuhMQR

Over 3.5 lakh Indians are living in the west Asian country. Bahrain launched ‘Little India in Bahrain’ project in November 2015 to acknowledge and mark the contribution of the Indian community to the history and progress of Bahrain.