The two Bills were passed in Lok Sabha where the government enjoys a majority. 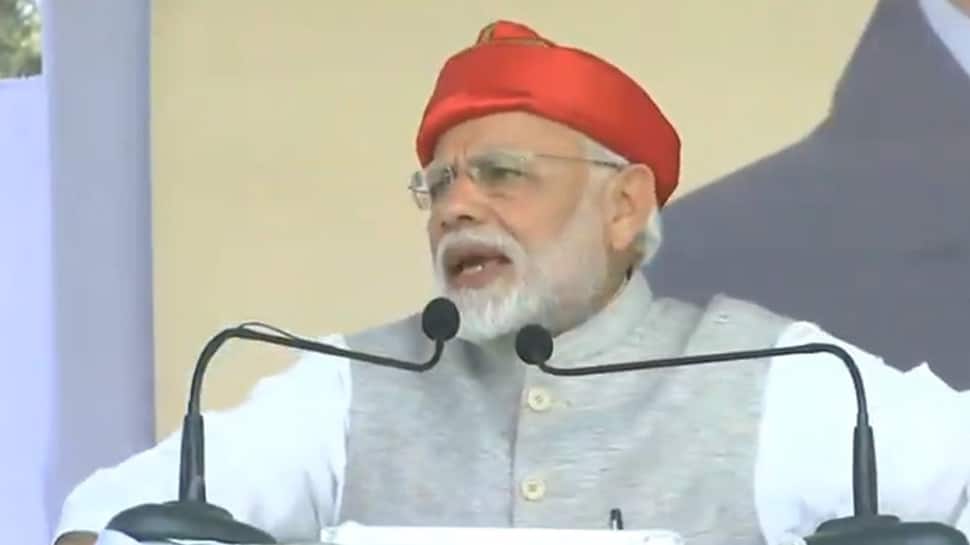 SOLAPUR: Prime Minister Narendra Modi patted his government's back for the passage of Upper Caste Reservation Bill and Citizenship Amendment Bill in his first rally after the two key Bills were passed. The two Bills were passed in Lok Sabha where the government enjoys a majority. The Bill to provide ten per cent reservation in education and government jobs to economically weaker sections was tabled in Rajya Sabha on the last day of the Winter Session on Wednesday and will be taken up for discussion during the day.

Hitting out at the opposition parties for raising objections, he said that the Bill is a "strong answer" by Parliament to those "spreading lies". He assured that none of the reservations allotted to the weaker sections will be reduced to add this 10 per cent quota. "The rights of the deprived sections, including the dalits and the tribal people, will not be affected because of this bill. The opposition wanted some part of the reservation of weaker sections to be taken away to be given to upper castes but we were adamant that nothing will be taken away from them. This is an additional quota being made for the people from general category," PM Modi said at a rally in Solapur in Maharashtra.

He termed the passage of the bill in the Lok Sabha as a "historic" step which seeks to uplift the deprived sections and also illustrates the commitment of the government to prioritising the good of those needing it the most. "There are misconceptions being spread about the Quota Bill. Rajya Sabha was extended by a day for this Quota Bill only. I am confident that like yesterday, we will pass the bill in Rajya Sabha too," PM Modi said.

He also applauded his government for the Citizenship Amendment Bill, which seeks to provide Indian citizenship to non-Muslims from Bangladesh, Pakistan and Afghanistan. "The Bill is important as migrants from other countries who want to stay here will be given Indian citizenship now. India will give shelter to these migrants. We have taken the onus of taking care of these people who have come to India," he said. He assured the people of Assam and North East that their rights will not be curtailed in any way through the bill's provisions.

PM Modi was speaking in Solapur after the inauguration of a highway project built at an investment of over Rs 970 crore. He added that Solapur will soon be covered under the Udaan scheme which seeks to link far off places with air connectivity. During his visit, he also laid the foundation stone of a project worth over Rs 1,800 crore of 30,000 houses under Pradhan Mantri Awas Yojana.