The Army said that since the Pulwama attack, the forces had been tracking the JeM leaders in Jammu in Kashmir who were operating with the active support of the ISI and Pakistani Army. 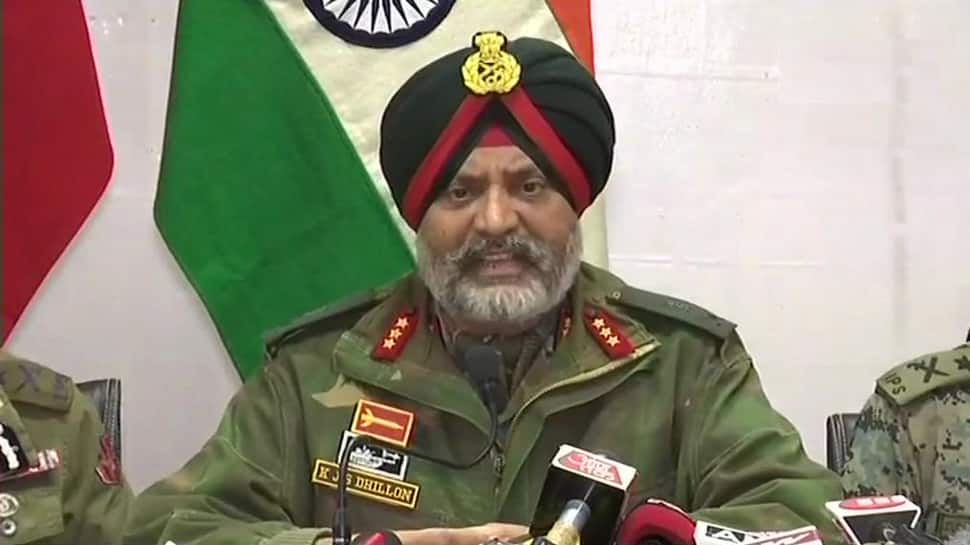 The Army on Tuesday said that within 100 hours of the suicide bombing in Pulwama on February 14, the top Jaish-e-Mohammad leaders operating in Kashmir have been eliminated. In a joint press conference of the Army, Jammu and Kashmir Police and CRPF, Lt General Kanwal Jeet Singh Dhillon, Corps Commander of Chinar Corps said that since the Pulwama attack, the forces had been tracking the JeM leaders who were operating with the active support of the ISI and Pakistani Army. He added that JeM is operating at the directions of the Pakistan Army.

He also warned the locals who are involved in terror activities in the Valley and even appealed to the mothers to discourage their sons from resorting to violence. He explicitly stated that if they pick up the guns despite the warning, they will be 'killed and eliminated'. He strongly urged those involved in terror acts to come forward and surrender.

"Such attacks are taking place after a long time. The modus operandi used in this attack is in use in Iraq and Syria. We are reviewing the strategy and keeping a track of them. We are keeping all options open on how to tackle them," he added. On being asked how the terrorists managed to procure explosives on such a large scale to carry out the attack, the Army said that the investigation into the matter is in an advanced stage.

Briefing about the encounter that took place in Pulwama between security forces and terrorists, he said that the forces did not want any civilian casualties and while safeguarding them, soldiers lost their lives. He also patted the back of the security forces and gave a special mention to Brigadier Hardeep Singh, who he said was on leave due to injury when the Pulwama encounter took place. He said that Brigadier Singh cut short his leave voluntarily and came to the operation site and led his men from the front.

Assuring all help to Kashmiris in the Valley and across the country, CRPF Inspector General (Operations) in the Kashmir Valley Zulfiqar Hasan said that the force is taking all measures to keep them safe. "Our helpline-14411 has been helping Kashmiris across the country in wake of this attack. A lot of Kashmiri students have approached this helpline for help all over the country. All Kashmiri children studying outside have been taken care of by security forces," he said.

Forty personnel of the Central Reserve Police Force had martyred last Thursday after a JeM operative rammed his explosive-laden car into the 78 bus convoy.