Addressing the G20 Summit in this German city on Friday, Prime Minister Narendra Modi rued over the “weak” international response against terrorism and said that more cooperation is needed to deal with the menace. 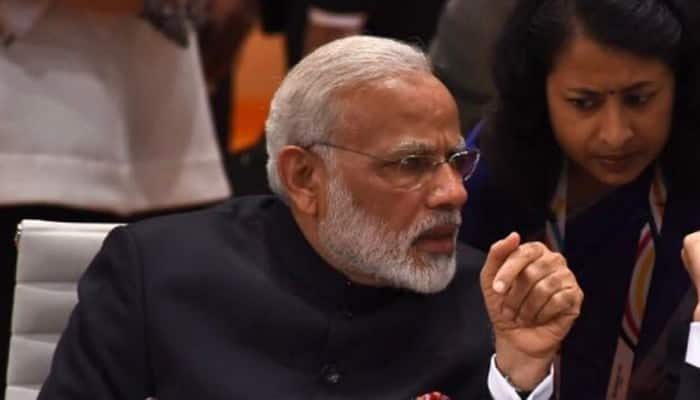 Hamburg: Addressing the G20 Summit in this German city on Friday, Prime Minister Narendra Modi rued over the “weak” international response against terrorism and said that more cooperation is needed to deal with the menace.

In a veiled dig at Pakistan, Modi said that some nations are using terrorism to achieve their political gains. Such countries must be banned from the Summit.

He said the names of Lashkar-e-Taiba (LeT) and Jaish-e-Mohammed (JeM) may be different but their ideology is the same. He equated these Pakistan-based terror groups to ISIS and Al Qaeda.

While LeT and JeM have been targeting India, the Haqqani network has been repeatedly carrying out attacks in Afghanistan.

"Their only ideology is to spread hatred and commit massacres," PM Modi said.

He presented an 11-point agenda to fight the scourge which included destruction of terrorists safe-havens and banning countries that support terror.

Modi said the G20 nations must exchange the list of terrorists among them so that the world knows about its common enemy.

He said the legal processes like extradition must be simplified and expeditated to bring terrorists to justice.

"There should be a deterrent action against nations supporting terrorism and officials of such nations should be barred from entry into G-20 member countries," he said.

Modi also called for fast adoption of the “Comprehensive Convention on International Terrorism” and effective implementation of UNSC resolutions.

Stressing that it is important to deter countries that support terrorism, he sought the closure of terror funding sources by exercising the international law.

Exchange of best practises and collective efforts in G20 towards de-radicalization programmes will put the efforts in good stead, he said.

He said the nations are less networked in dealing with the menace while the terrorists are better networked.

Modi also pitched for concrete cooperation among the G-20 countries with focus on cyber security.

Banks not to take coercive steps against farmers, says SC