Union Home Ministry said the national flag represents hopes and aspirations of the people of the country and hence should occupy a position of honour. 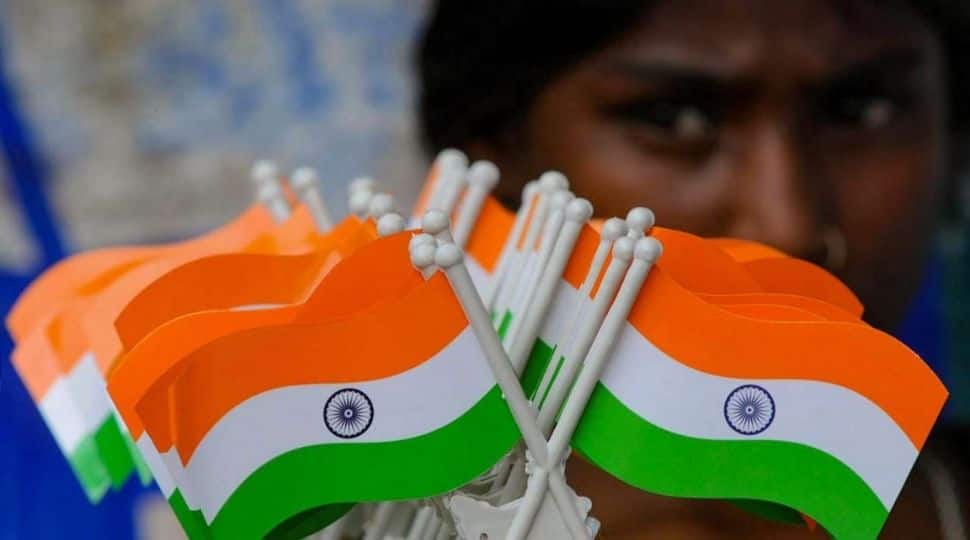 New Delhi: Ahead of the Independence Day celebration, the Centre has asked states to ensure people don't use plastic national flags as ensuring appropriate disposal of the tricolour made of non-biodegradable item is a practical problem.

In a communication to all states and union territories, the Union Home Ministry said the national flag represents hopes and aspirations of the people of the country and hence should occupy a position of honour.

"There is universal affection and respect for, and loyalty to, the national flag. Yet, a perceptible lack of awareness is often noticed amongst people as well as organisations/agencies of the government, in regard to laws, practices and conventions that apply to display of the national flag," it said.

Since plastic flags are not biodegradable like paper flags, these do not get decomposed for a long time and ensuring appropriate disposal of national flags made of plastic commensurate with the dignity of the flag is a practical problem, it said.

"You are, therefore, requested to ensure that on the occasions of important national, cultural and sports events, flags made of paper only are used by the public in terms of the provisions of the 'Flag Code of India, 2002' and such paper flags are not discarded or thrown on the ground after the event," the Home Ministry said.

Such flags are to be disposed of, in private, consistent with the dignity of the flag, it said.

A copy each of 'The Prevention of Insults to National Honour Act, 1971' and the 'Flag Code of India, 2002', which govern the display of national flag, was also enclosed along with the home ministry letter.
Such communications were issued previously also.