Independence Day 2021: This is how Defence Minister Rajnath Singh will commemorate the special day, will virtually launch several events 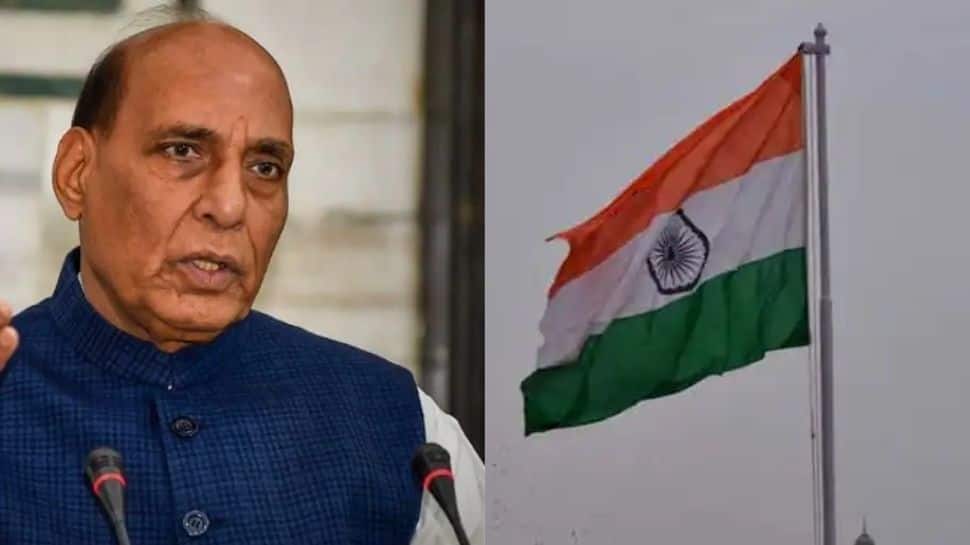 New Delhi: Two days ahead of Independence Day, Defence Minister Rajnath Singh will be virtually launching multiple major events. According to  a statement issued by the ministry, these events will commemorate the 75th anniversary of India's Independence Day.

One of the events would be of Border Roads Organisation (BRO) whose 75 teams would be leaving on Friday (August 13) for 75 remote places in the border areas of the country where they would unfurl the national flag on August 15, the Defence Ministry's statement noted. "The Indian Coast Guard will be unfurling the national flag at 100 islands pan-India on August 15 as a part of 'Azadi ka Amrit Mahotsav'. The proceedings will start on Friday," it said.

India is celebrating the 75th anniversary of the Independence Day as 'Azadi ka Amrit Mahotsav'. Singh on Friday will also flag off 75 teams of the Indian Army that will scale 75 mountain passes to mark this momentous occasion, it said. "The passes include Saserla Pass in Ladakh region, Stakpochan Pass in Kargil region, Satopanth, Harshil, Uttarakhand, Phim Karnla, Sikkim and Point 4493, Tawang region of Arunachal Pradesh," it added.

Singh will launch an event of the National Cadet Corps (NCC) wherein its cadets will carry out cleaning and maintenance of 825 statues of freedom fighters and bravehearts that have been adopted by 825 NCC battalions, the ministry said. To commemorate India's victory in the 1971 Indo-Pak war, a book 'Deeds of Gallantry' will be launched by the Raksha Mantri, it noted.
"The book details 20 selected battles and highlights the gallantry of Indian soldiers," it added.

Singh will launch a 'Jan Sampark Abhiyan' wherein a representative each of the respective Zila Sainik Board along with a representative of Indian Ex-Servicemen League -- a recognised ex-servicemen (ESM) association -- will interact simultaneously with the ESM fraternity in 75 districts across the country. The objective of the Abhiyan is to address the issues of the veterans in a time-bound manner, the ministry mentioned. Underlining the importance of conservation of water, Singh will flag off activities for rejuvenation of 75 water bodies across 62 cantonments by inaugurating the work on the Patel Park Lake in Ambala Cantt, the ministry said.

Singh will also launch a portfolio of export-ready defence products such as fast interceptor boat made by the Goa Shipyard Limited, it added.