A brigade commander-level flag meeting was also held on Monday at Chushul to resolve the issues after Indian and Chinese troops engaged in a fresh skirmish at the southern bank of Pangong lake. 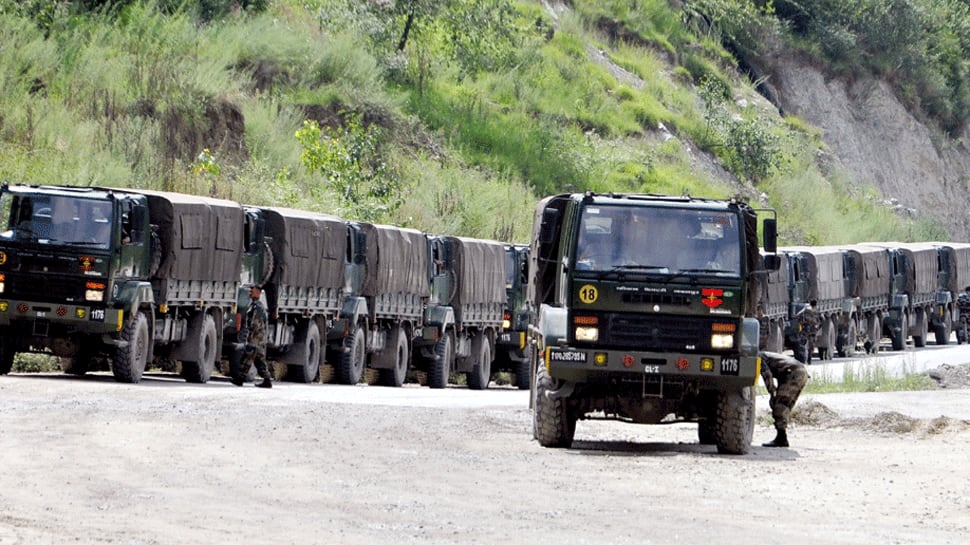 NEW DELHI: After yet another attempt by the Chinese Army to transgress into Indian areas near the southern bank of Pangong Tso near Chushul in Ladakh on the intervening night of Saturday and Sunday, the two sides resumed brigade commander-level talk to resolve all contentious issues on Tuesday (September 1, 2020). According to the sources, the talks began around 10 AM in Chushul on the Indian side of the border.

The two countries will hold a discussion over a host of issues like China's demand asking Indian troops to leave some places that it alleges have been occupied by the Indian Army.  A brigade commander-level flag meeting was also held on Monday at Chushul to resolve the issues after Indian and Chinese troops engaged in a fresh skirmish at the southern bank of Pangong lake.

On Monday, China accused the Indian Army of crossing the Line of Actual Control (LAC) and purposely violating the consensus reached "multi-level talks" between the two nations.

China's official newspaper Global Times wrote that the border dispute will definitely go ahead, predicting a Sino-India war. It also wrote that China will have to take a tough stand against India or else the difficulties will increase for China.

PLA's infiltration bid in Pangong Lake took place on the night of August 29/30 when Chinese troops tried to make incursions near Pangong Lake in eastern Ladakh. This area is in India's possession, therefore, China is striving hard to have control over it to gain strategic advantage. The Indian Army, however, was already alert and took strong action against the Chinese PLA the moment an alert was sounded.

Indian soldiers reached a higher position and forced the Chinese army to retreat without firing a single shot.

India and China have held several rounds of military and diplomatic talks in the last two-and-half months but no significant headway has been made for a resolution to the border row in eastern Ladakh.