The government on Wednesday expressed strong concern over reports of vandalism, defacement and destruction of Buddhist archaeological sites in Gilgit-Baltistan in Pakistan-occupied Kashmir. 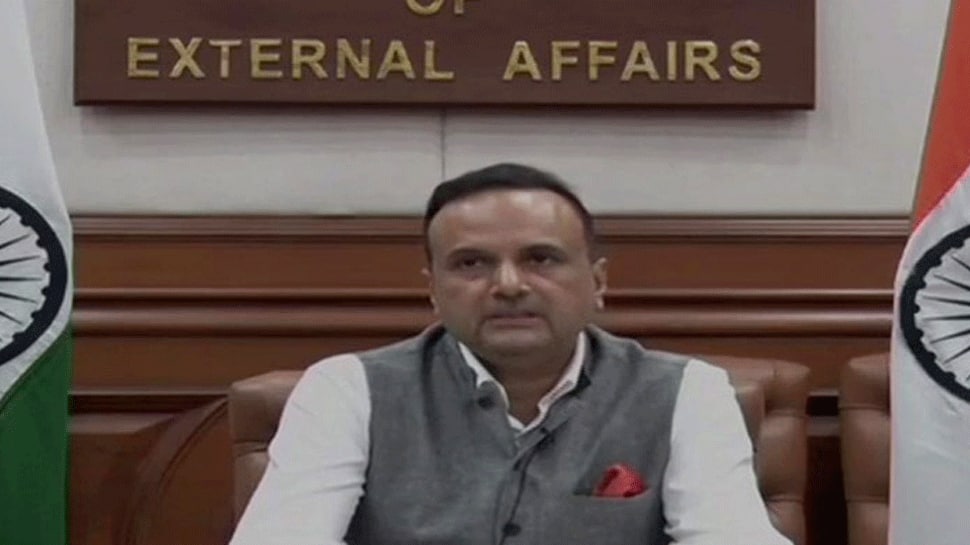 NEW DELHI: The government on Wednesday expressed strong concern over reports of vandalism, defacement and destruction of ancient Buddhist archaeological sites in Gilgit-Baltistan in Pakistan-occupied Kashmir.

In response to media queries regarding reports of vandalism, defacement and destruction of Buddhist archaeological sites, dating back to 800 AD, in PoK, the Ministry of External Affairs Spokesperson Anurag Srivastava said, “We have conveyed our strong concern at reports of vandalism, defacement and destruction of invaluable Indian Buddhist heritage located in so-called “Gilgit-Baltistan” area of the Indian territory under illegal and forcible occupation of Pakistan.’’

The MEA spokesperson also accused Pakistan of trampling the rights of the people living in Gilgit-Baltistan in PoK.

“It is a matter of grave concern that the Buddhist symbols are being destroyed and the religious and cultural rights and freedoms are being trampled with impunity in the Indian territories under illegal occupation of Pakistan,’’ the MEA official stated.

“Egregious activities of this nature which display contempt for the ancient civilizational and cultural heritage, are highly condemnable,” the MEA official stated.

He informed that the Indian government has sought immediate access for its experts to the area in order to restore and preserve this invaluable archaeological heritage.

“We have once again called upon Pakistan to immediately vacate all illegally occupied territories and end gross violation of political, economic and cultural rights of people living there,” he said on behalf of the Government of India.

Reaction from the MEA came amid reports that 800 AD Buddhist rock carvings were damaged by some unknown elements and the pictures of the same were posted on social media by some residents of Gilgit Baltistan.

It may be recalled that the famous carved statue of Buddha was destroyed by the Taliban militia in the Bamiyan Valley of Afghanistan in 2001.

Such carvings are also present in areas along the Indus River in Union Territory of Ladakh but Gilgit-Baltistan is rich in petroglyphs (rock carvings). It is estimated that there are 50,000 pieces of petroglyphs in Gilgit-Baltistan, especially along Karakoram Highway.