India gets another eye in space as ISRO launches Kalamsat payload, Microsat-R

Kalamsat is a payload contributed by students and Microsat-R is an imaging satellite. 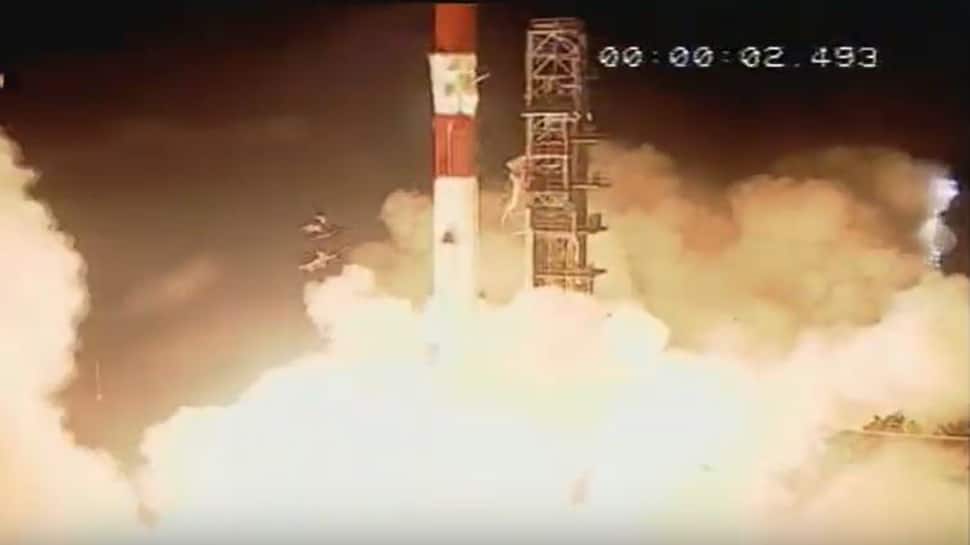 The rocket blasted off from the first launch pad at 11.37 pm at the end of a 28-hour countdown and soared into the clear and starry night sky, in the first mission for ISRO in 2019. The PSLV-C44 successfully injected Microsat-R, meant for the armed forces, into its intended orbit said ISRO.

In its 46th flight, the PSLV-C44 would place the 740-kg primary satellite Microsat-R, an imaging satellite meant for military purposes, in a 274-km polar sun-synchronous orbit about 14 minutes after the lift-off, the ISRO said.

After this, the stage four of the rocket with the Kalamsat, a 10-CM size cube and weighing 1.2 kg, would be moved to a higher circular orbit so as to establish an orbital platform for carrying out experiments using the tiny payload. Kalamsat is said to be the lightest satellite of India.

According to the mission launch brochure, Kalamsat, the first to use PS4 as an orbital platform, is a payload contributed by students and Microsat-R is an imaging satellite.

PSLV-C44 is the first mission of PSLV-DL, a new variant of the 44.4 metre tall rocket equipped with two strap-on configuration, ISRO said. "In this mission, the fourth stage (PS4) of PSLV-C44 will be moved to higher circular orbit so as to establish an orbital platform for carrying out experiments," the ISRO had said.

The four-stage PSLV with alternating solid and liquid stages has so far launched 53 Indian and 269 satellites of international customers.

The countdown for the launch of PSLV-C44 started on Wednesday at 7.37 pm at SDSC in Sriharikota.

PSLV has been defined as the workhorse of the ISRO. "The PSLV with 2 strap-on configuration has been identified for this mission and the configuration is designated as PSLV-DL. PSLV-C44 is the first mission of PSLV-DL and is a new variant of PSLV," ISRO had said.

In its last mission, on November 29, 2018, the ISRO successfully injected India's earth observation satellite HysIS onboard PSLV C43 into its designated orbit.