Prime Minister Narendra Modi said that over 10 crore toilets have been built across India in the last five years and he praised the volunteers who worked tirelessly in villages to make Swachh Bharat Abhiyan a huge success. 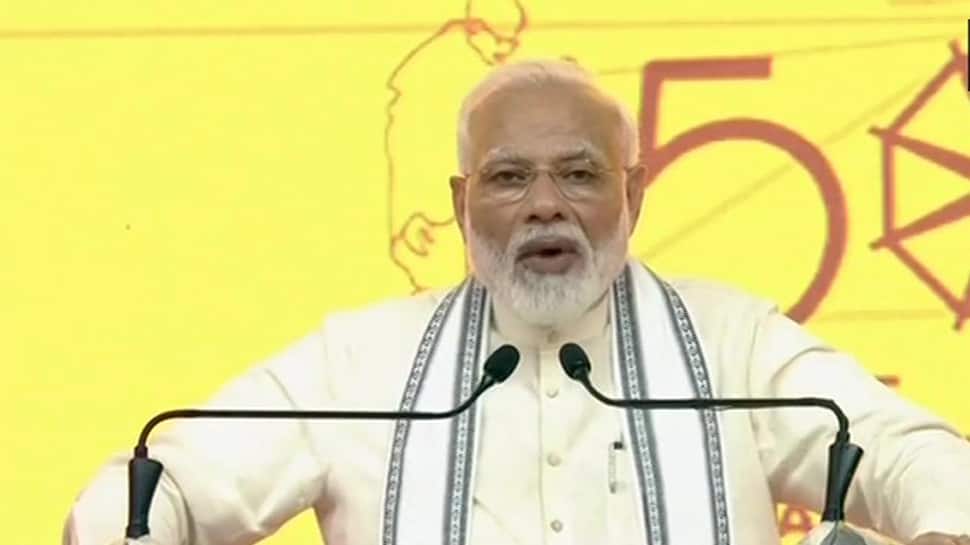 Prime Minister Narendra Modi on Wednesday declared that rural India is now open defecation free. The announcement was made by PM Modi in the presence of over 20,000 village heads in Gujarat. The village heads had gathered to participate in an event to mark the 150th birth anniversary of Mahatma Gandhi at Sabarmati Riverfront. The event was also attended by people associated with Gandhian institutions, high court judges, Padma awardees, students, educationists and village-level sanitation workers.

The prime minister said that over 10 crore toilets have been built across India in the last five years. He praised the volunteers who worked tirelessly in villages to make Swachh Bharat Abhiyan a huge success. "This mission helped make the toilet, which was earlier a difficult topic, a common topic of discussion. From girls who demanded toilet before marriage to Bollywood, everyone contributed to the mission to make India open-defecation-free," he said.

"The Swachh Bharat Mission enabled women and developed their skills as masons and created over 75 lakh employment opportunities," added PM Modi, stressing that the achievement was in line with vision of Mahatma Gandhi for the country.

Prime Minister Modi, however, remarked that making Indian villages open defecation free is only a step towards realising the dream of developed India. He also announced that the Centre is set to launch several new projects in the near future with an aim to ensure sanitation and clean drinking water.

In his speech, the prime minister said that the three main concerns of Mahatma Gandhi were hygiene, environment and animal protection and the use of plastic is harmful to all three.

"Sanitation, conservation of environment and animals, all these things were dear to Gandhi ji. Plastic is a major threat to all of them. So, we have to achieve the goal to eradicate 'single use plastic' from the country by the year 2022. The campaign has caught speed in the last three weeks under Swachhta hi Seva campaign. Tonnes of single-use plastic garbage has been collected from across the nation. The use of plastic is coming down significantly, but it can't be done without public contribution," PM Modi said.