In case of a war between India and China, experts believe that the Indian Army is likely to give a befitting reply to the Chinese troops. 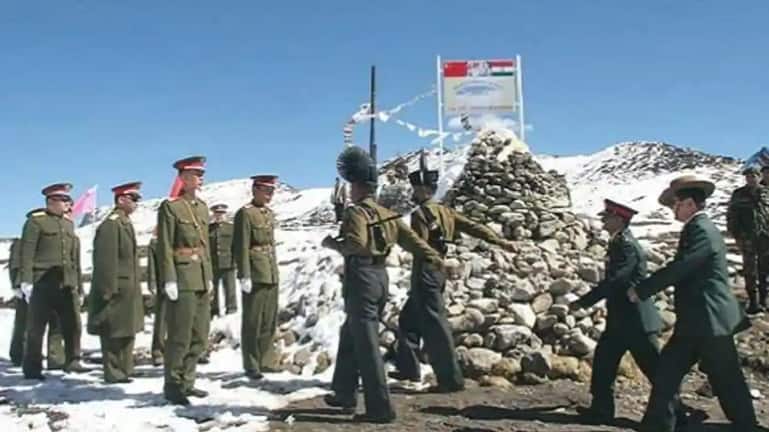 In case of a war between India and China, experts believe that the Indian Army is likely to give a befitting reply to the Chinese troops. A report by Howard Kennedy School's Belfer Center for Science and International Affairs, published in March 2020, explains that Indian forces in the Himalayan range can defeat China's army and may prove the assessment of experts wrong that India lags behind China in the military strength.

A comparison of the troops of China and India shows that China has deployed a total of 200,00-230,000 ground forces under the Western Theater Command, Tibet, and Xinjiang Military districts. This apparent numerical near-equivalence with that of Indian regional ground forces is misleading. Experts say that a significant proportion of these forces will be unavailable, as they reserved either for Russian taskings or for countering insurrection in Xinjiang and Tibet.

The report published on ‘Strategic posture of China and India’ states that the Western Air Force Command of the Chinese Air Force, PLA Air Force (PLAAF), which has operational control of fighter jets, close to the Indian border also suffers from a numerical disparity to the IAF. Unlike the tripartite organizational division of Chinese ground forces facing India, the Western Theater Command has assumed control of all regional strike aircraft. In total, this amounts to around 157 fighters and a varied drone armory.

The Indian Air Force has an estimated 270 fighters and 68 ground attack aircraft across its three China-facing commands. It is also expanding its network of Advanced Landing Grounds (ALGs), which constitute small air bases in the forward locations to provide staging grounds and logistics hubs for aircraft strike missions.

A comparison of the Air force of both countries suggests that China’s J-10 fighter is technically comparable to India’s Mirage-2000, while Indian Su-30MKI is superior to all theater Chinese fighters, including the additional J-11 and Su-27 models. China hosts a total of around 101 4th-generation fighters in the theater, of which a proportion must be retained for Russian defense, while India has around 122 of its comparable models, solely directed at China.

China, however, is ahead of India in terms of aerial drones. It has deployed over 50 drones against India which are capable of electronic surveillance ranging from reconnaissance to ground attack.

The most significant PLAAF forward air bases and airfields near Indian border areas—which will be pivotal in combat operations—are located at Hotan, Lhasa/Gonggar, Ngari-Gunsa, and Xigaze. Each hosts regular PLAAF detachments, and these are the nearest facilities to Indian targets in Kashmir, northern India, and northeast India. They are vulnerable to a dedicated Indian offensive. Ngari-Gunsa and Xigaze reportedly have no hardened shelters or blast pens for their aircraft, which sit in the open. Lhasa/Gonggar has recently developed hardened shelters able to protect up to 36 aircraft, while Hotan reportedly hosts “two aircraft shelters” of unknown capacity.

According to the report, an Indian early initiative to destroy or incapacitate these four bases—and achieve air superiority over them—would compel China to rely more upon aircraft from its rear-area bases, exacerbating its limited fuel and payload problems. Moreover, China lacks the redundancy and related force survivability compared to India in their comparative numbers of regional airbases.

The report sums up that India has a stronger regional air position, with “a large number of airfields in the east and west, so even if some airfields are down, operations can continue from other locations.”

To address its force shortfalls in the event of war, China could surge air and ground forces from its interior towards the border. However, experts suggest that the IAF’s superiority would mean that critical logistical routes—such as airbases and military road and rail links—could be cut by bombing or standoff missile strikes, limiting the extent to which China’s position could be reinforced

The report further adds that 104 Chinese missiles could strike all or parts of India. These include about a dozen DF-31A and six to twelve DF-31 missiles capable of reaching all Indian mainland targets. Another dozen DF-21s hold New Delhi at risk, while the remaining missiles can target sections of India’s northeast and east coast. As China deploys more road-mobile missiles over time, it will become easier to move further missiles from China’s interior to new survivable positions within the range of India.

On the other hand, the bulk of India’s missile forces are located closer to Pakistan than China. Ten Agni-III launchers can reach the entire Chinese mainland. Another eight Agni-II launchers could reach central Chinese targets. An estimated two squadrons of Jaguar IS and one squadron of Mirage 2000H fighters, totaling around 51 aircraft, are assessed to be tasked with nuclear missions. These aircraft could most likely reach Tibetan airspace equipped with nuclear gravity bombs.

India’s professed goal has always been to field a credible second-strike capability. This assured retaliation doctrine depends on the creation of sufficient doubt in the adversary’s calculus that a disarming the first strike would succeed, the report added.