India said that while Pakistan's "misrepresentations" are not surprising but it "cannot conceal the significant progress that J&K has made in the year following the abrogation of Article 370 of the Indian Constitution". 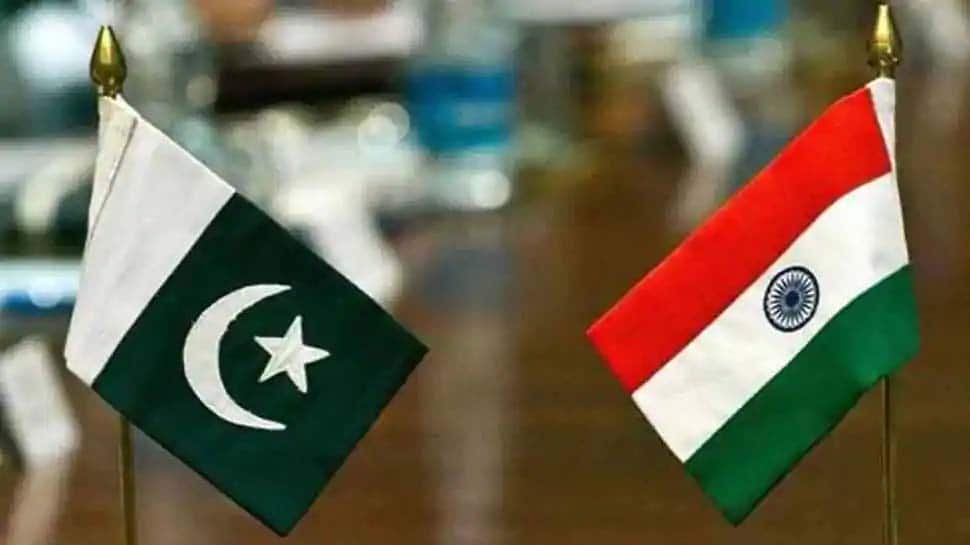 India on Thursday lambasted Pakistan for its ludicrous claims on Jammu and Kashmir and asked it to reflect on its actions in the region. Reiterating that Jammu and Kashmir is an internal matter of India, it said that while Pakistan's "misrepresentations" are not surprising but it "cannot conceal the significant progress that J&K has made in the year following the abrogation of Article 370 of the Indian Constitution".

Responding to a Global Times Article "Urgent actions on Jammu, Kashmir needed", published on August 7, by Pakistan's Ambassador to China, Moin ul Hague, India asserted that Hague repeated Pakistan's lies and half-truths regarding J&K, adding that Pakistan, or no other country, has locus standi on Jammu and Kashmir.

India's concerted efforts to bring peace, stability and progress to J&K stand in stark contrast to Pakistan's strategy, which is little more than a blatant and rapacious campaign of cross-border terrorism aimed at debilitating the region, added the statement. "Its unprovoked ceasefire violations, numbering close to 3000 in the first seven months of 2020 alone, provide support for terrorist infiltration along the India-Pakistan Line of Control (LOC). Terrorists recruited, trained and armed by Pakistan have disturbed peace and order in J&K, with over 450 incidents of terrorist orchestrated violence taking place since August 2019, leading to several civilian casualties," read an official statement.

"And it is, in fact, Pakistan that has repeatedly affected administrative and demographic changes in territories that it has occupied illegally and forcibly in J&K and Ladakh. The Pakistani obsession with irredentist pursuits has also been laid bare in its latest exercise in political absurdity on 4 August 2020, when it made untenable claims to Indian territories in the state of Gujarat and the Union Territories of J&K and Ladakh. Perhaps Ambassador Hague could consider holding up a mirror to his own "regime" and reflect on Pakistan's own actions in the region before making ludicrous characterizations of the Indian government's actions," added the statement.

Highlighting Centre's development aimed work in the union territory, India said, "In the last one year since the historic decision on 05 August 2019, several positive and affirmative union laws have been extended to J&K, resulting in the more effective protection and promotion of social, economic and political rights, especially among underprivileged sections such as women, children and minorities."

"People have been afforded the opportunity to elect their representatives at the grassroots level through elections to the block development councils on 24 October 2019. The administrative machinery of the UT has been revived, grievance redressal mechanisms activated and funding to grassroots level institutions eased, bringing about a revolution in governance and making the Kashmiri people masters of their own destiny," the statement added.

"Evidence of the change sweeping through J&K can be seen in the creation of new education and health infrastructure and opportunities. Fifty new educational institutions were established in the region over the last year, the largest addition in 70 years. Over half a million Kashmiri students have availed government scholarship schemes through the course of the last year, a year-on-year increase of nearly 400%," added the statement.

It also added, "New health infrastructure, including medical and nursing colleges, as well as state-of-the-art hospitals, will soon make affordable and high-quality healthcare services a reality in the region. The government of J&K has advertised 10,000 job openings for youth at all levels, with another 25,000 in the pipeline. Concerted efforts to attract foreign investment to the region have seen over 150 MOUs concluded. Rural market interventions and leveraging of IT have brought benefits to farmers in a region known for its apples and saffron. The focus on relieving hardships has brought water and electricity connections to nearly 300,000 households in some of the remotest areas of J&K."