The situation in Afghanistan is seen as a security challenge to both India and Russia. 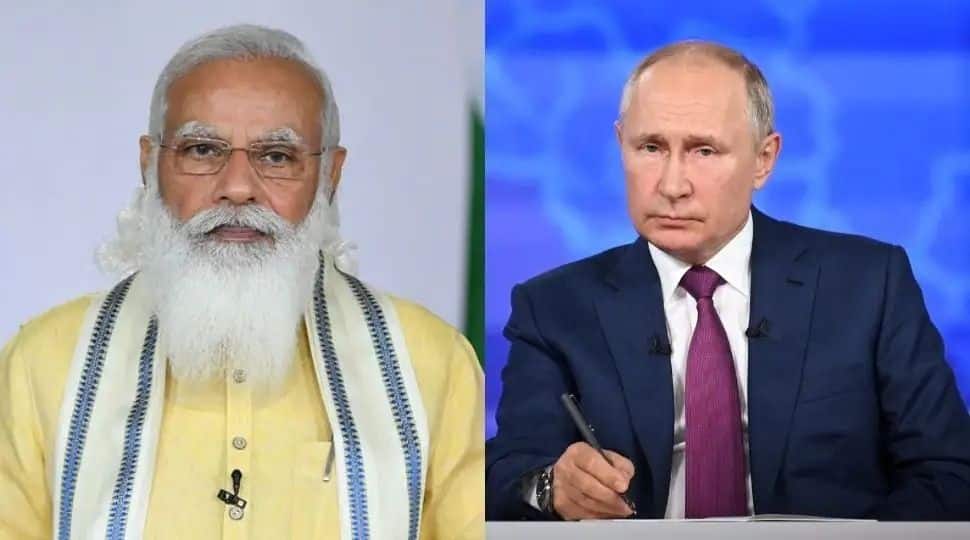 New Delhi: In an important development, India and Russia have agreed to form a "permanent bilateral channel" for consultations on Afghanistan. The announcement of the bilateral channel has been the most visible practical cooperation between India & any of its allies on Afghanistan in the aftermath of the fall of Kabul to the Taliban since 15th August.

Had a detailed and useful exchange of views with my friend President Putin on recent developments in Afghanistan. We also discussed issues on the bilateral agenda, including India-Russia cooperation against COVID-19. We agreed to continue close consultations on important issues.

In a tweet, PM said, "Had a detailed and useful exchange of views with my friend President Putin on recent developments in Afghanistan." Both sides have had regular exchanges on Afghanistan, including during External Affairs minister Dr. S Jaishankar's Russia visit & Russian FM Lavrov's India visit earlier this year.

During Modi-Putin talks, both sides agreed to cooperate on counter-terror and drug threats "emanating from the territory of Afghanistan", a Russian readout of talks said. They also "noted the importance of coordinated efforts" which would "contribute to the establishment of peace and stability in this country, ensuring security in the region as a whole".

The situation in Afghanistan is seen as a security challenge to both India and Russia. For India, Afghanistan could become a safe haven for Pakistan-based terror groups, and for Russia, a spillover of the crisis can impact friendly central Asian countries like Uzbekistan, Tajikistan.

Important to remember, India's Deputy NSA Pankaj Saran met Russian NSA Nikolai Patrushev last week in Moscow & had discussed Afghanistan. Last week was the first week since the fall of Kabul, and the Taliban emerging as a dominant force in Afghanistan.

During the talks, both sides also had conversations on trade, covid crisis, manufacture of Russian Vaccines in India. The next few months will see increased India, Russia engagement, given India will host the BRICS summit in September as the chair of the grouping, Russian President Vladimir Putin's much-awaited India visit for the annual India Russia bilateral summit & deliveries of the first units of S400 air defence systems.