The Hindu community in Pakistan staged protests seeking action against the kidnappers. 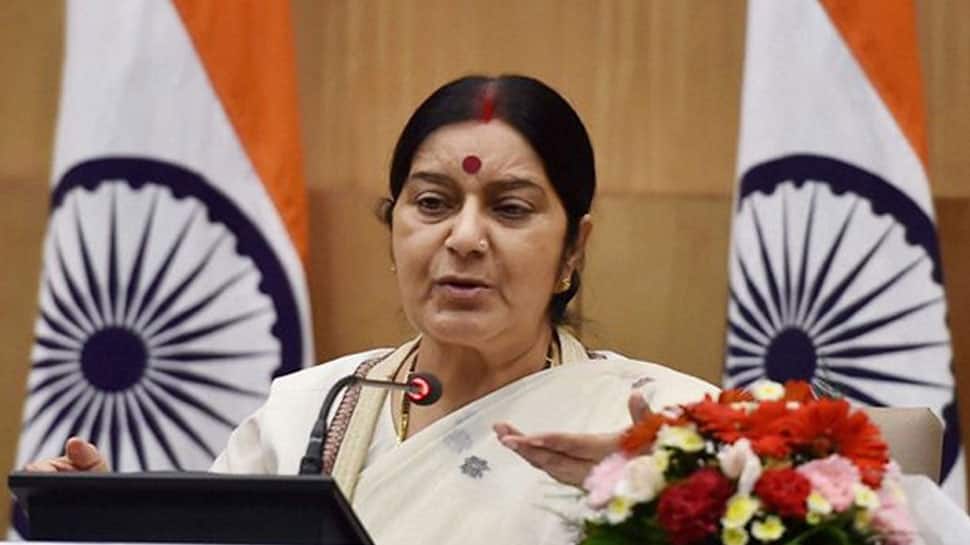 "I have asked the Indian High Commissioner in Pakistan to send a report," the Minister wrote on Twitter.

The two sisters, aged 15 and 13, were reportedly abducted on the eve of Holi.

India has also shared its concerns through an official note to Pakistan Foreign office sent on Saturday. According to sources, India has said that suitable remedial action is taken by Pakistan to protect and promote safety, security, and welfare of its own citizens, especially from the minority communities.

The incident came to light after their father and brother said in videos that went viral on social media that the two were kidnapped and forced to embrace Islam.

In a separate video, however, the minor girls are heard saying that they accepted Islam of their own free will.

Responding to Sushma Swaraj`s tweet, Pakistan Information and Broadcasting Minister Fawad Chaudhry, in a tweet, said it is his country`s internal issue.

Replying to Chaudhry`s tweet, Sushma Swaraj asked him if giving data on abducted Hindu girls is making them nervous. She attributed the nervousness to a guilty conscience.

"Mr. Minister - I only asked for a report from Indian High Commissioner in Islamabad about the kidnapping and forced conversion of two minor Hindu girls to Islam. This was enough to make you jittery. This only shows your guilty conscience," she said.

The Hindu community in Pakistan staged protests seeking action against the kidnappers.

Sources said that as per Pakistan media reports, two teenage girls were kidnapped, forced to convert from Hinduism to Islam before being married to Muslim men. The father and the brother of the two minor Hindu sisters, Reena and Raveena, said they have been abducted and forcefully converted on March 20, 2019. The two sisters are from village Hafiz Salman near the town of Daharki in Pakistan`s southern province of Sindh.

The abductions have been allegedly carried out by people from the Kohbar and Malik tribes. Separately, there have been Pakistan media reports of abduction and forced conversion of another minor Hindu girl, Shania from Mirpurkhas also in Pakistan`s southern province of Sindh on March 20. Further details of the Mirpurkhas case are yet to surface, they said.

The sources said that an FIR of the incident was registered in Daharki Police Station on behalf of the victims` brother.

They said that the case of two Hindu girls from Sindh is one of many cases of forced conversion and marriage of underage Hindu girls to Muslim men, which are repeated in villages of districts of Mirpurkhas, Tharparkar and Umerkot in Sindh (close to Indian border) from time to time, many of which go unreported.