India called fugitive underworld don Dawood Ibrahim`s D-Company`s mutation from a criminal syndicate into a terror network 'a real danger' in the region. 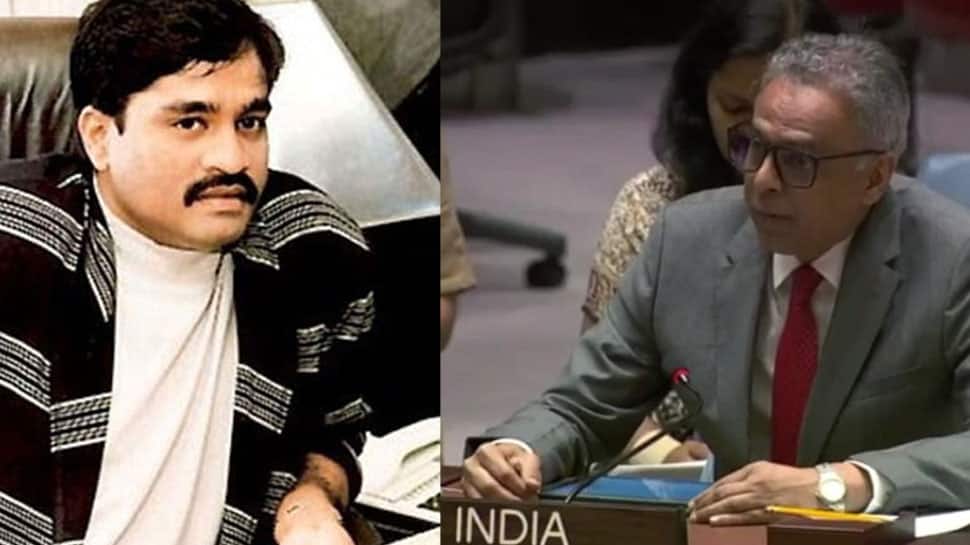 New York: India Tuesday highlighted the link between terrorism and organised crime at a global platform, explaining how the co-existence and mutation of the two can pose a major threat to international peace and security. Bringing up the case of 'wanted gangster' Dawood Ibrahim, India detailed how his criminal syndicate D-Company evolved into a dangerous terrorist network.

Speaking at United Nations (UN) Security Council meet, Syed Akbaruddin, India’s Ambassador and Permanent Representative to the UN, said, “In our region, we have seen the mutation of Dawood Ibrahim’s criminal syndicate into a terrorist network known as the D-Company. D-Company’s illegitimate economic activities may be little known outside, but for us, such activities as gold smuggling, counterfeit currency, arms and drug trafficking from a safe haven that declines to acknowledge even his existence, are a real and present danger.”

Akbaruddin was speaking at an open debate on 'Threats to International Peace and Security: Linkages between International Terrorism and Organised Crime'.

“Success of collective action to denude ISIL (Islamic State of Iraq and the Levant) is a pointer that Council’s focused attention can and does yield results. A similar degree of interest in addressing threats posed by proscribed individuals, such as Dawood Ibrahim and his D-Company as well as proscribed entities, including the Jaish-e-Mohammad and Lashkar-e-Toiba, listed as affiliates of Al-Qaeda, under the 1267 sanctions regime, will serve all of us well,” said the senior diplomat.

Fugitive underworld don and dreaded terrorist Dawood Ibrahim is wanted in India in connection with the 1993 Mumbai serial blasts case that killed over 200 people and left several injured. Both the US and India have designated him as a ''global terrorist''. He carries a bounty of USD 25 million on his head.

A recent Zee News report found that Dawood is in Pakistan, even though the neighbouring country repeatedly denied the presence of the 51-year-old don on its land when questioned by India. Read more.

India also emphasised the need to sensitise public about falling prey to such malicious actions.

“Terrorism and organised crime are both malicious organism drawing sustainance from same deadly swamp. At time they co-exist, at other times they cooperate, and they converge. The nature of the relationship between the terroris and criminal groups may vary, acc to variety of factors. However both rely on strategic resource unsanctioned, illegitimate use of violence, undermine development,”  said Akbaruddin.

“We also need to sensitize the private and public enterprises involved in facilitating trans boundary financial flows. We should harness their support, so that they do not fall prey to malevolent actors in the vain of Osama bin-Laden's tring of retail honey shops. Normative efforts at the UN need to coordinated through collaborative efforts through other forum like FATF,” he added.