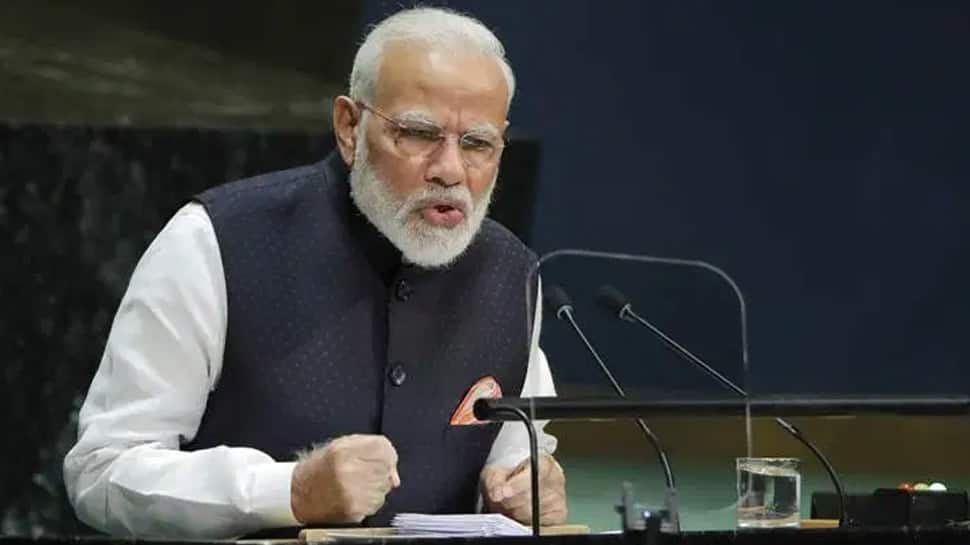 NEW YORK: Prime Minister Narendra Modi told the annual gathering of world leaders at the United Nations on Friday that India was doing enough to combat climate change which includes launching a campaign to stamp out the use of single-use plastics. "Even as I am addressing you today a very large campaign is being started across the entire country to make India free of single-use plastic," PM Modi, who wants to scrap such plastics by 2022, told the 193-member UN General Assembly.

Starting his speech by mentioning the Father of the Nation Mahatma Gandhi, Prime Minister Narendra Modi in his UNGA speech outlined the steps being undertaken in India to combat climate change, including the sweeping ban on single-use plastic which is set to go come to force on Gandhi Jayanti this year.

"This year the whole world is celebrating the 150th birth anniversary of Mahatma Gandhi. His message of truth and non-violence is very relevant for us even today for peace, progress, and development of the world," PM Modi told the gathering in his maiden speech to the UNGA after assuming power for the second term.

"While I was coming here, I read on the walls of the United Nations `No more single-use plastic`. I am delighted to inform you that we are running a big campaign in India to free the country of single-use plastic,'' PM Modi said.

"While India`s contribution to global warming is low, India is one of the leading countries in the fight against climate change, he said, highlighting how India has initiated the International Solar Alliance,'' PM said.

He also invited countries to join the Coalition for Disaster Resilient Infrastructure, which was launched by India during his address at the UN Climate Action Summit which was held on Monday.

The Prime Minister also highlighted how India plans to increase its renewable energy capacity to 450 GW in the coming years, a point which was already highlighted by the leader during his Monday`s address.

PM Modi did not mention Pakistan all during his speech, even though he called on the world to fight terrorism unanimously.

The PM said that terrorism was the greatest threat to humanity and the biggest global challenge. He said that lack of unanimity on the issue dents those very principles that are the basis for the creation of the UN.