The country will soon have a vast network of high-speed bullet trains on seven new routes and to expedite the project, the Indian Railways along with the National Highways Authority of India (NHAI) will begin the process of acquiring additional land. 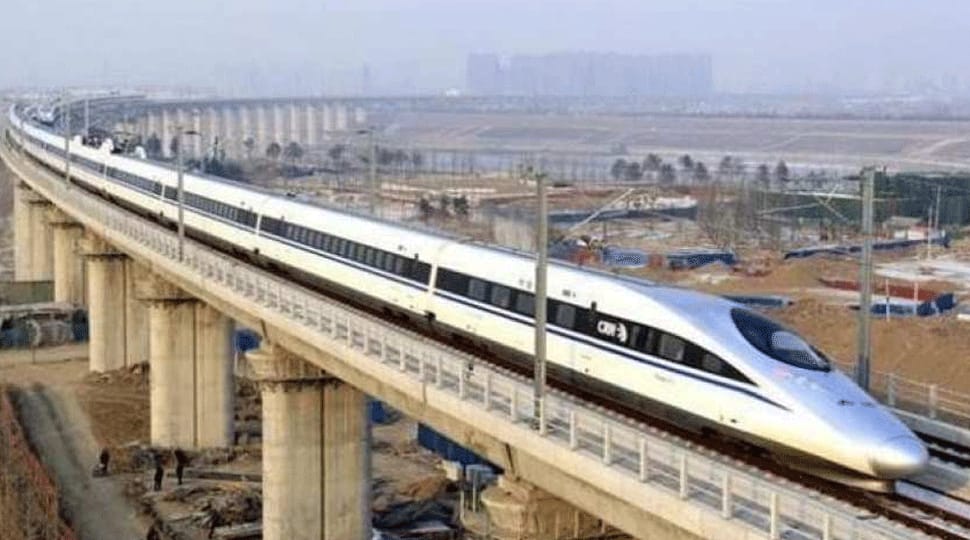 NEW DELHI: The country will soon have a vast network of high-speed bullet trains on seven new routes and, to expedite the project, the Indian Railways along with the National Highways Authority of India (NHAI) will begin the process of acquiring additional land.

According to reports, the NHAI will soon acquire land to lay tracks for high-speed trains along greenfield expressways for integrated development of the rail transport network in the country.

The decision to acquire additional land was taken during a recent meeting of a group of infrastructure ministers led by Union Minister Nitin Gadkari.

During the infra sector group meeting, it was decided that the NHAI will take over land acquisition and a 4-member committee was constituted to take this process forward.

The four-member task force will work out the modalities for acquiring land and sharing the cost. It may be noted that the Indian Railways is in the process of preparing the blueprint of 7 high-speed rail routes in the country.

As per reports, the Indian Railways plans to run bullet trains on 7 important new routes of the country.

The seven high-speed rail corridors are Delhi to Varanasi via Noida, Agra and Lucknow; Varanasi to Howrah via Patna; Delhi to Ahmedabad via Jaipur and Udaipur; Delhi to Amritsar via Chandigarh, Ludhiana and Jalandhar; Mumbai to Nagpur via Nasik; Mumbai to Hyderabad via Pune and Chennai to Mysore via Bangalore.

The railway board has also written to the NHAI and given details of seven high-speed rail corridors for running bullet trains for which the detailed project reports are being prepared.

NHAI has been asked to depute a nodal officer for this purpose for better integration of the mammoth planning exercise.

In a related development, Railway Board Chairman VK Yadav said that two big-ticket projects - the Dedicated Freight Corridor and the bullet train project - aimed at a modal shift in rail operations in the country, will not be delayed despite the coronavirus crisis.

His statement comes at a time when most infrastructure projects in the country are facing delays due to the lockdown, coupled with the paucity of labour and the economic slump.

The Rs 81,000 crore Dedicated Freight Corridor, which is the Railways'' single-largest developmental project currently underway, consists of the Eastern DFC, a 1,839-km freight line from Ludhiana in Punjab to Dankuni near Kolkata, West Bengal, and the 1483-km WDFC or western corridor connecting India''s capital Delhi and its economic hub Mumbai.