India's envoy to UAE Pavan Kapoor told WION, "I am glad that we are starting this process of repatriation for those who urgently need to return to India. We look forward to working closely with the UAE authorities to make this process as smooth and efficient as we can." 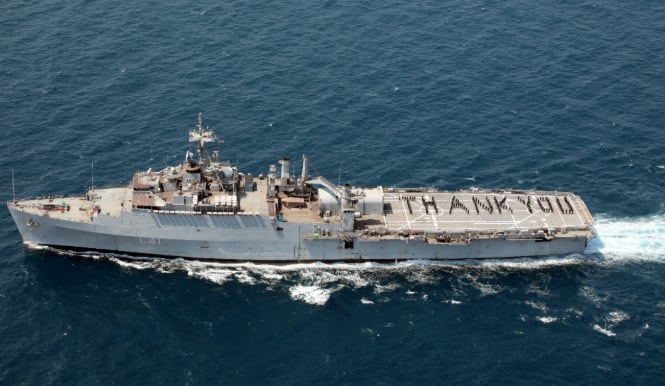 New Delhi: Independent India's largest evacuation effort is all set to begin to get back its citizen stranded abroad due to coronavirus crisis. As many as 1,92,000 people will be evacuated in the first phase of the exercise starting May 7th with the focus being on the gulf.

UAE will be the first country from were India will start the evacuation with the first two Air India flights landing in Kerala on the 7th. One flight will go from Abu Dhabi to Kochi and another from Dubai to Kozhikode on that day. A number of stranded Indians have registered themselves for the evacuation.

India's envoy to UAE Pavan Kapoor told WION, "I am glad that we are starting this process of repatriation for those who urgently need to return to India. We look forward to working closely with the UAE authorities to make this process as smooth and efficient as we can."

India will first start evacuation of its citizens from Maldives and Bangladesh. On 8th May, 700 Indians will be evacuated from Male to Kochi by Indian Naval ship.

In the 2nd phase, India will start evacuation of its citizens from Iran, USA, UK and Malaysia, as Indian missions across the world are already preparing a list of distressed Indian citizens.

Sources told WION, "Data collection ongoing in most Missions, with some looking at dates for evacuation and making all necessary arrangements accordingly."

Only asymptomatic passengers would be allowed to travel and Standard Operating Protocol (SOP) for the evacuation had been prepared in this regard. "State governments are being advised to make arrangements, including for testing, quarantine and onward movement of the returning Indians in their respective States", MHA in a statement said.

The evacuation will only be on "compelling grounds" and will be done via planes and naval ships on payment basis and non-scheduled commercial flights would be arranged for air travel. During the evacuation, all health protocols like social distancing norms will have to be followed.

INS Jalashwa, Indian Navy's largest amphibious platform (Landing Platform Dock), is likely to be sent for the evacuation. It can carry 1000 troops. With the current social distancing, norms can be expected to carry 500-700 people. Two to 3 Landing Ship Tanks (LST) are likely to be deployed. India has 2 class of LST-- Magar class and Shardul.

The evacuees after reaching their destination would have to register on the Aarogya Setu app which has been developed to alert about the novel coronavirus. After being medically screened, they will be quarantined for 14 days in a hospital or in an institutional quarantine on payment-basis by the state governments, followed by the COVID-19 test by end of the given period.

Earlier this year, India brought back approximately 2500 of its citizens and 48 foreign nationals from China, Japan, Iran and Italy in various evacuations it mounted.

2015 Operation Raahat saw India bringing back around 4600 of its citizens while Operation Sankat Mochan of 2016 brought back 600 Indian nationals from South Sudan. In 2011, Operation Safe Homecoming was launched to bring back 15000 Indians from war-torn Libya.

The first decade of the century witnessed Operation Sukoon in which the Indian Navy brought back 1764 Indians in one of the largest evacuation operations conducted by it since World War II.