India is using the Dalai Lama's visit to Tawang in Arunachal Pradesh to upset China and New Delhi should deliver on its political commitments to Beijing on Tibet related issues, state-run Chinese media said on Tuesday. 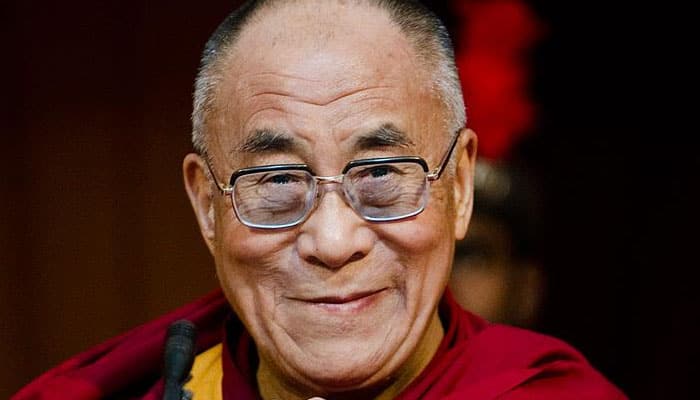 Beijing: India is using the Dalai Lama's visit to Tawang in Arunachal Pradesh to upset China and New Delhi should deliver on its political commitments to Beijing on Tibet related issues, state-run Chinese media said on Tuesday.

The 14th Dalai Lama's visit to Tawang bordering China will hurt Sino-Indian ties because China opposes any official invitations to him, the Global Times quoted an unnamed Chinese analyst as saying.

"The Dalai's visit to the controversial area, especially Tawang, which China hopes will be returned, will affect relations between China and India," an analyst from the Institute of Asia-Pacific Studies of the Chinese Academy of Social Sciences told the paper on condition of anonymity.

"India (is) using Dalai Lama's visit to upset Beijing," the paper quoted the analyst as saying.

The 81-year-old Tibetan spiritual leader today arrived at Bomdila in West Kameng district, marking the beginning of his nine-day visit to Arunachal Pradesh.

"India should deliver its political commitments to China on Tibet-related issues, including opposition to separatists," he said, noting that China would take steps against any government which invites the Dalai Lama.

He said Tawang is also the birthplace of the sixth Dalai Lama, Tsangyang Gyatso, which gives the place religious meaning to Tibetans.

Reacting to Minister of State for Home Affairs Kiren Rijiju's remarks that the Dalai Lama's visit is "purely religious," and that there is no political angle behind it, the expert said this is not the first time India has used the Dalai Lama to express its displeasure to China, especially when bilateral talks fail to include their demands or to "pander to domestic anti-China issues".

The Chinese Foreign Ministry, which is currently on a holiday for the Tomb sweeping festival, has not responded to a query seeking its reaction to External Affairs Ministry remarks as well as comments by Rijju over the Tibetan spiritual leader's visit to Arunachal Pradesh, which Beijing claims as southern Tibet.

Minister of State for Home Kiren Marijuana had earlier said that no political motive should be attributed to the Tibetan spiritual leader's trip to the northeastern state.

"India has always been non-interfering in the neighbours' internal affairs in our approach," Rijiju told reporters here.

"In the same manner, we expect the same from our neighbours," he said.

Rijiju, who himself hails from Arunachal Pradesh and is scheduled to go there on Wednesday to meet the Dalai Lama, said India has never questioned China's sovereignty and "has respectfully adhered to the one-China policy".

"So we expect that China also should not interfere in our internal matters," he stated.