India way ahead of China, US in terms of GDP growth rate: Giriraj Singh on economic slowdown

Union Minister Giriraj Singh on Saturday highlighted the achievements of Narendra Modi-led NDA government while stating that the entire world is witnessing a wave of economic slowdown, and not just India. 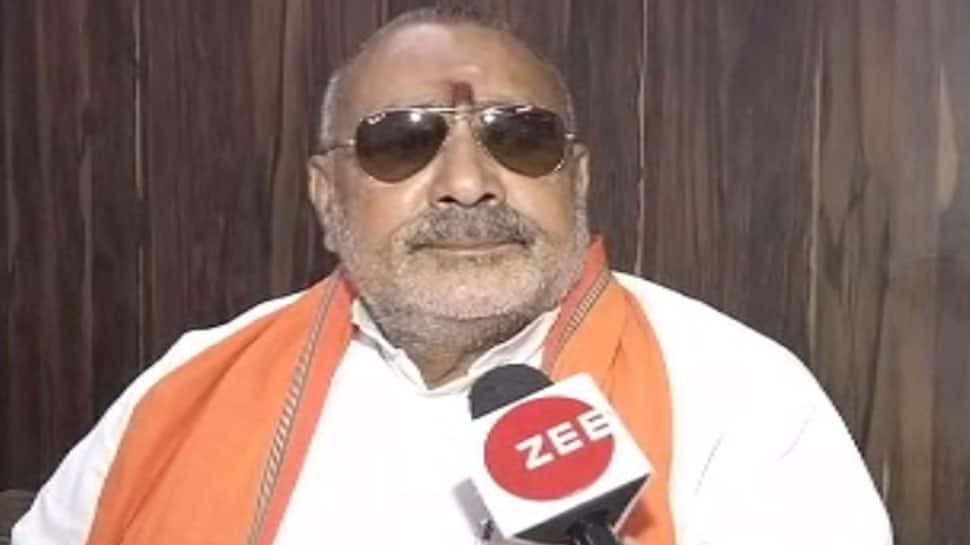 Haridwar: Union Minister Giriraj Singh on Saturday highlighted the achievements of Narendra Modi-led NDA government while stating that the entire world is witnessing a wave of economic slowdown, and not just India.

Addressing a press meet in Haridwar, where the Union Minister was visiting, he said that PM Narendra Modi has marked a stinging injury on the ongoing recession. Saying that the expected growth of the GDP figure is pegged at 7.3 per cent, Giriraj Singh said that India has come much ahead from countries including China, Indonesia, Pakistan, the US, Saudi Arabia, Russia, Canada, UK, Germany, Japan, and Turkey in the race of GDP.

Giriraj Singh further said that China could no longer compete with India in the World Trade War. "Therefore, it is not right to make any assessment without looking at the world. In the atmosphere of WTO, where the whole world is enamoured by globalization, if the recession has come to the entire world, then it chillness will be felt in India as well," he said.

The Union Minister also listed out several steps being taken by the government to promote tourism in Uttarakhand. Saying that Uttarakhand is the biggest centre of tourism of India, Giriraj said that the hotel business contributes significantly to the state's GDP. Giriraj Singh announced several tax cuts to promote a higher influx of tourists in the state.

These reductions have been done specifically for Uttarakhand since there is a vibrant atmosphere of tourism here, said Giriraj Singh. The Prime Minister's dream of making India a 5 trillion economy will be realised since the tourism sector has increased manifolds.