Indian armed forces are on high alert and are determined to thwart any Pakistani aggression - on land, at sea or in the air. 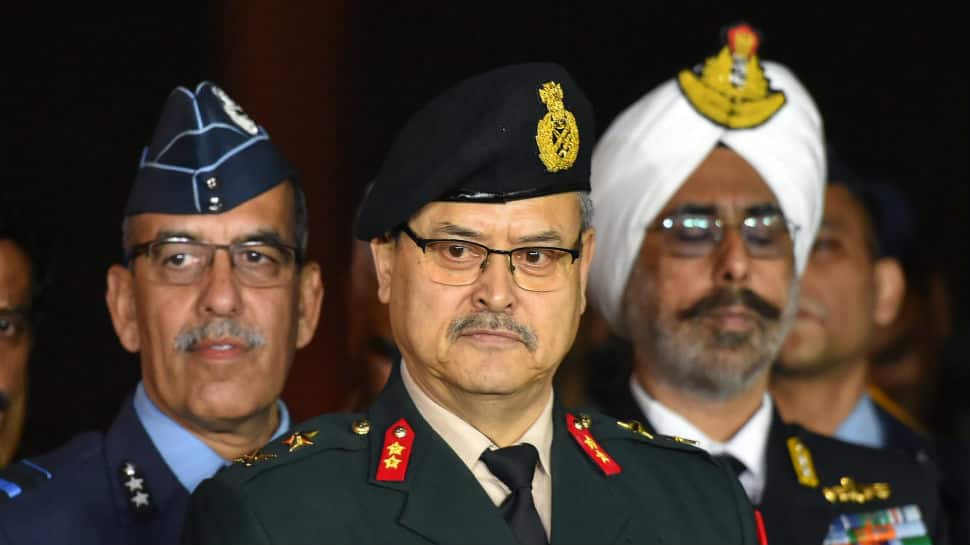 New Delhi: The Indian Army, Air Force and Navy united in one voice to issue a stern warning to Pakistan to not attempt any misadventures against the country and that any action would be dealt with with a heavy hand.

In a joint services' briefing in which IAF busted Pakistan's lies on the use of F16 fighter jets, the armed forces' representatives also said that forces are on high alert and ready to thwart any aggression from the Pakistani side. "The Indian Army is in a high state of alert. Pakistan has repeatedly violated ceasefire across LoC. The ceasefire violations are taking place even now as we speak. As long as Pakistan continues to harbour terrorists, we will continue to target the terror camps," said Major General Surendra Singh Mahal.

The Indian Navy too has said it is determined the protect the country's waters from external aggression. "The Indian Navy is alert and ready for any challenge to our maritime border from Pakistan. We stand as one - at sea, underwater and in the air.  We are ready for any misadventure by Pakistan and we are ready for resolute action. We want to ensure safety and security of our citizens," said Rear Admiral DS Gujral.

Air Vice Marshal RGK Kapoor said that the IAF jets gave a befitting reply to F16s that violated Indian airspace on Wednesday and added that Pakistan's claims of no F16s being used were false. He even presented a part of AMRAAM which was recovered from Rajouri sector. Of all fighter jets with Pakistan Air Force, these missiles can only be used by F16s.