Excalibur artillery ammunition, capable of hitting targets even in densely populated areas 50 kilometres away with an error margin of less than 2 metres, has been was procured by the India Army under fast track procedures. 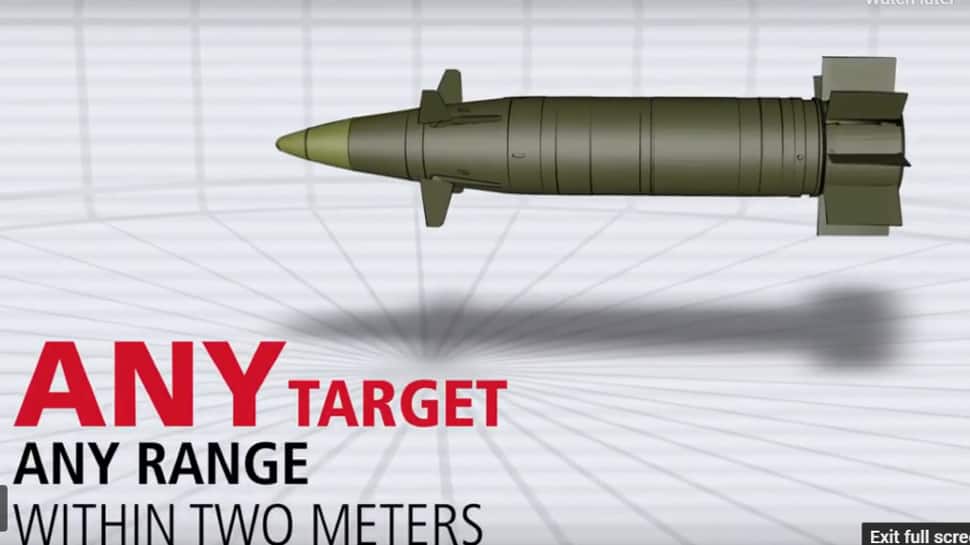 Indian Army now has the precision-guided Excalibur artillery ammunition, built by the United States of America's Raytheon, in its inventory which gives the force the ability to annihilate the enemy at a much greater range with extreme accuracy. The revelation was made at the Army commanders conference where it was also announced that the indigenous Dhanush 155mm/45 Calibre towed artillery gun system, also called desi Bofors, is now a part of the force.

Excalibur artillery ammunition, capable of hitting targets even in densely populated areas 50 kilometres away with an error margin of less than 2 metres, has been procured by the India Army under fast track procedures. Artillery units deployed along the Line of Control will be supplied the Excalibur ammunition to give a befitting reply to Pakistani Army which often resorts to unprovoked ceasefire violations using heavy artillery.

Since the Pakistani artillery units are often based near populated areas, Indian soldiers will be able to target them with pinpoint accuracy using the Excalibur ammunition as these use GPS and inertial navigation. Different fuses can be used to either ensure the 48-kilogramme Excalibur shell explodes in the air or penetrates bunkers and reinforced structures with its PBXN-9 (polymer-bonded explosive) warhead.

Indian Army sources also said the Commander's Conference also discussed the new post of the Chief of Defence Staff, which has been created to ensure better coordination between the Indian Army, Indian Air Force and Indian Navy.

The proposal about giving enhanced grants for personnel who are invalidated out of service due to injuries and disabilities before 10 years of service was also discussed.

Indian Army's top leadership meets twice a year during the Commanders Conference in April and October. According to the Defence Ministry, the "conference facilitates conceptual level deliberations culminating in important policy decisions". The October 14-19 Commanders Conference will see discussions on current emerging security and administrative challenges as well as chart the future course for Indian Army. To ensure due diligence, decisions are taken through a collegiate system comprising Army commanders and senior officers.

An equipment display by defence industries showcasing niche technology in fields of Artificial Intelligence, Drone Systems, Ammunition and Unmanned Ground Vehicles will also be held during the conference.