Since Paratroopers are the elite soldiers guarding the nation, their training, and other facts always create curiosity about these ferocious fighters. 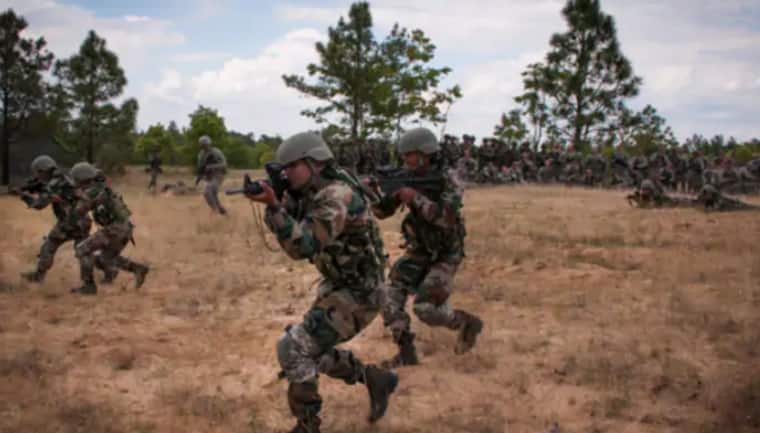 New Delhi: Amid ongoing India-China border row in the east Ladakh along the Line of Actual Control, paratroopers of Indian Army are also playing a crucial role in defence of the country. Since Paratroopers are the elite soldiers guarding the nation, their training and other facts always create curiosity about these ferocious fighters.

Key facts about the Indian Army Paratroopers are given below:

-Motto: Shatrujeet (The Conqueror)
-Paratroopers special forces unit "Para Commandos" was formed in 1965.
-Para Commandos specialize in surgical strikes and combat mission in the enemy territory.
-Parachute Regiment consists of PARA and PARA (SF) Battalions, which are the elite volunteer force of the Indian Army.
-The Regiment has the honour of being conferred the ‘Bravest of the Brave’ distinction.

Elite Status: The Paratroopers by virtue of the tough selection, rigorous training and continuous deployment/ preparation are given the elite status throughout the Indian Army. Wearing the maroon beret distinguishes them from the rest and is a recognition of the ELITE across all armies of the world.

Soldiers of PARA and PARA (SF) Regiments are assigned with the tasks, which are of special nature and demand very high standards of physical fitness and mental robustness.

Today the Indian Parachute Regiment and Special Forces are considered amongst the best in the world including the British SAS, US Special Forces, Navy SEALs and Israeli Sayeret Matkal and Flotilla 13.

Few outlaws, few good men started a tradition of valour and sacrifice. The saga continues till date with Parachute Regiment being the most decorated regiment in the world despite it being only raised in WWII and despite it competing amongst the best of the best who have been there for centuries.

These Paratroopers wear the Maroon Beret and pin to their chest ‘The Balidaan Badge’ — the winged blade of sacrifice, a badge to die for.

Earning this badge is not an easy task as one has to go through exercises which require them to demolish structures, evade capture, survive in the wild, give emergency medical aid and converse in a range of languages.

The official website (http://www.joinindianarmy.nic.in/) for recruitment of Paratroopers clearly states about their job profile as: "During operations, soldiers of PARA and PARA (SF) Regiments are assigned with the tasks, which are of special nature and demand very high standards of physical fitness and mental robustness. Upon joining the service and for carrying out the special tasks, they are required to undergo Specialization Training at the respective battalions after clearing their probation and based on their aptitude, they may undergo specialization training."