A Hong Kong-based Hindu couple of Indian origin recently performed a pooja at the Sharda peeth shrine in Pakistan-occupied Kashmir (PoK), a first of its kind in the last 72 years. 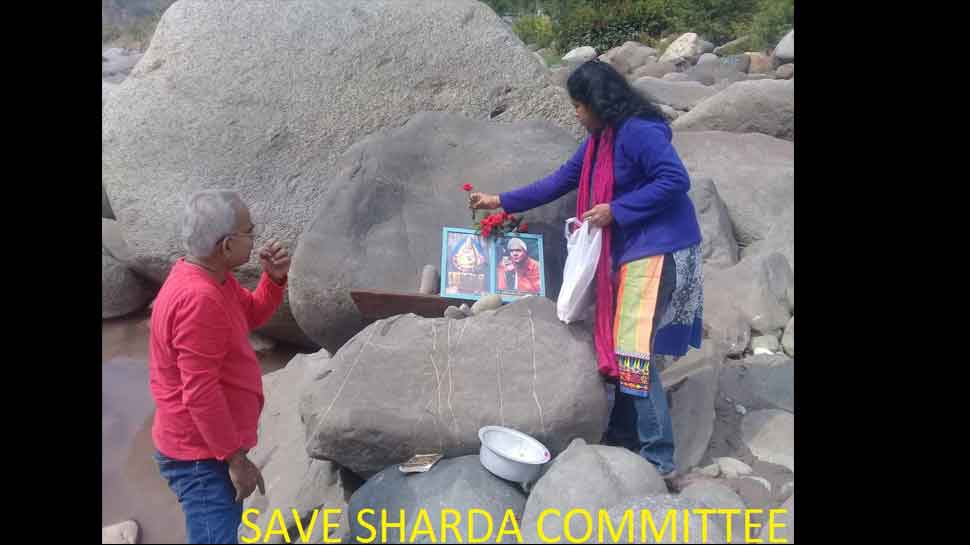 A Hong Kong-based Hindu couple of Indian origin recently performed a pooja at the Sharda peeth shrine in Pakistan-occupied Kashmir (PoK), a first of its kind in the last 72 years.

A couple named PT Venkataraman and his wife Sujatha, through coordinated efforts by the Save Sharda Committee and the civil members' society in PoK travelled to the Sharda shrine on a valid visa and performed pooja, offering prayers to Goddess Sharda and Swami Nand Lal ji.

According to reports, during the couple's visit, a large number of people from Pakistan-occupied Kashmir have been marching towards the Line of Control for the past three days to protest India's move to scrap the special status to Jammu and Kashmir. Keeping in view of this, the Indian authorities had requested the members of PoK civil society to give protection to the couple.

After peacefully performing the pooja, the couple handed over the photographs of the Goddess and Swami Nand Lal to the civil society members so that they could be installed at the shrine after the cross-border tension currently going on between India and Pakistan ceases.

Earlier in 2019, Indian authorities had coordinated with Pakistan Hindu council (PHC),when their five-member delegation led by Dr Ramesh Vankwani had visited the Sharda peeth on June 24, 2019.

The Save Sharda Committee was formed by Ravinder Pandita and other concerned people to further the cause of re-opening the pilgrimage route and restoration of the shrine of Goddess  Sharda. The committee is demanding ratification of LOC permit rules for facilitating travel of Indian Hindus for an annual pilgrimage to PoK to perform pooja.

Recently, the Save Sharda Committee had obtained a judgement from Supreme Court of PoK on the preservation of Sharda site like other historical sites in PoK.

Tension between India and Pakistan escalated after New Delhi revoked Jammu and Kashmir's special status on August 5, by scrapping Article 370. Following this, Pakistan downgraded diplomatic ties with New Delhi and launched a vitriolic attack against India.

Pakistan has been trying to internationalise the Kashmir issue but India has asserted that the abrogation of Article 370 was its "internal matter". New Delhi has also asked Islamabad to accept the reality and stop its anti-India rhetoric.