Two weeks ago, the Pakistan Army started installing new FM transmission stations and used its Signal Corps to send messages to terrorists near the LoC. It has also been using this means for misleading the people of nearby villages. 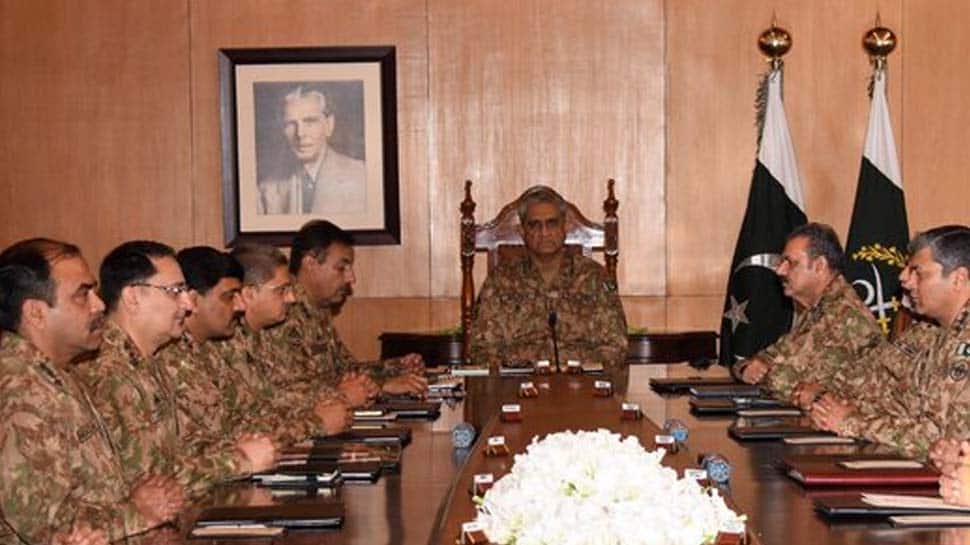 Indian intelligence agencies have intercepted and cracked the code words used by the Pakistan Army and different terrorist groups to communicate in order to escape the dragnet of defence and security forces in Jammu and Kashmir. The call signs used for communication are -- JeM (66/88), LeT (A3) and Al Badr (D9). From August 12 onwards terrorists have been using these Quami Taranas very actively.

Both the Pakistan Army and terrorist organisations have been using FM transmission stations in Pakistan-occupied Kashmir (PoK) to send messages to there handlers and cadres in Jammu and Kashmir.

In a recent development, the Pakistan Army has directed the Signal Corps move VHF (very high frequency) radio stations near the Line of Control (LoC) with India. These VHF has been used to play 'Quami Taranas'. These taranas are also used by the Lashkar-e-Taiba (LeT), Jaish-e-Mohammad (JeM) and Al Badr to communicate with the local cadres in Jammu and Kashmir.

Two weeks ago, the Pakistan Army started installing new FM transmission stations and used its Signal Corps to send messages to terrorists near the LoC. It has also been using this means for misleading the people of nearby villages.

The Pakistan Army is also shifting the existing FM transmission stations in PoK closer to the LoC. The 10 Corps Commander of Pakistani Army has entrusted the Signal Corps with this work. This comes as another of Pakistan's ill-intentioned steps in trying to push terrorists into India.

Frustrated after India revoked Article 370 to integrate Jammu and Kashmir, Pakistan has failed to get any international support on the matter. Most countries have recognised that it is an internal matter of India and the Centre has assured of peace, progress and prosperity to the people.

As a result, calm has prevailed in the erstwhile state, now a Union Territory, which has further compounded Pakistan's despair. Zee News has learnt from highly-placed sources in the Indian security and intelligence establishments that Pakistan is steadily reinforcing its posts along LoC. As many as six additional brigades have been deployed here in what can only be seen as aggressive posturing.

Pakistan has long used terrorists to wage proxy wars against India. New Delhi's no-tolerance policy against terrorism has only made the Pakistani establishment as well as terrorist organisations sheltered and supported by it more frustrated. The frustration was amply evident when Pakistan PM Imran Khan addressed his nation on August 26.

Soon, Indian students can work for two years after completing graduation in UK