Siddhanta, aged 35 years and 9 months, achieved the feat on Wednesday morning when he scaled Mt Sidley in Antarctica. 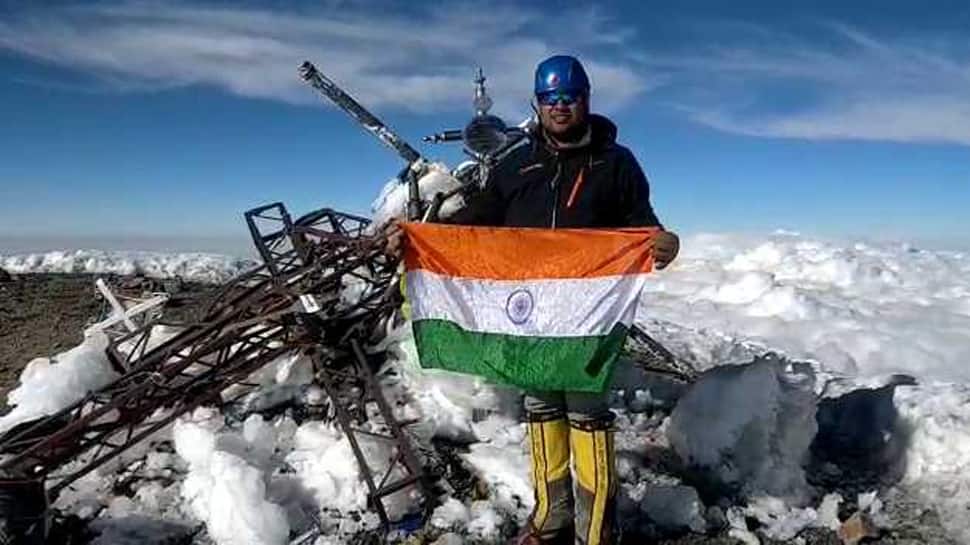 Indian mountaineer Satyarup Siddhanta has created a new world record by becoming the youngest in the world to complete both seven summits and seven volcanic summits. Siddhanta, aged 35 years and 9 months, achieved the feat on Wednesday morning when he scaled Mt Sidley in Antarctica.

By scaling the summit, he has surpassed Australian mountaineer Daniel Bull who made a record at the age of 36 years 157 days. Not just the youngest, he is also the first Indian to complete seven summits along with seven volcanic summits.

The temperatures around Mt Sidley hover around minus 30 to minus 40-degree Celsius. The unpredictable wind, infamous for hurricanic effect, were some of biggest challenges he faced while he scaled the last Mt Sidley.

He completed his seventh summit in December 2017 when he scaled Mt Vinson Massif in Antarctica.

As a person with an asthmatic ailment, Satyarup never even dreamt of scaling the mountains or outperforming in sports. However, things changed in 2008 when he went on a trek with his friends. The trek was the turning point of his life as he promised to the mountains to go back.

Though he had the will, the biggest challenge that he faced was to arrange the fund for such expensive expeditions. Despite the difficulties he faced in getting sponsors, he kept going on. He even resorted to crowdfunding, took personal loans and auctioned his summit mementoes to make his dream come true.