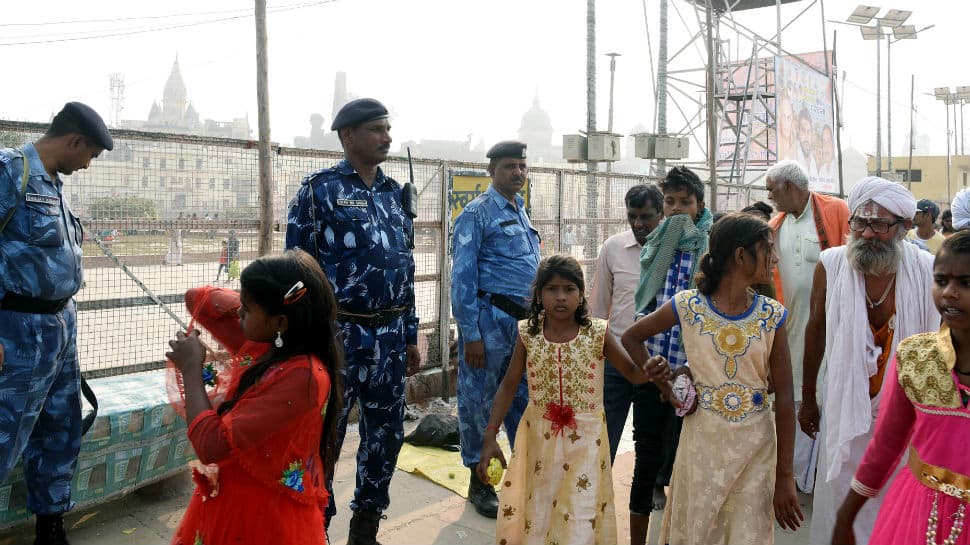 New Delhi: In view of the Ayodhya Ram temple verdict ahead of Chief Justice Ranjan Gogoi`s retirement on November 17, the Railway Protection Force on Thursday issued a seven-page advisory to all its zones, asking them to remain alert, cancelling the leave of its personnel.

"We have issued an advisory to keep the railway premises and other railway properties secure, following the Ayodhya verdict, as a precautionary measure," RPF Director General Arun Kumar told IANS.

"We have cancelled leave of all our personnel in view of the Ayodhya verdict. These personnel have been engaged in escorting the trains," he said, adding the advisory also focuses on keeping a close watch on all the religious structures near railway stations or within its premises as they might become "flash points".

"I have instructed caretakers of such structures not to leave them unguarded at any time," Kumar said, adding the railways has identified over 78 major stations with high footfall, including stations in Mumbai, Delhi, Maharashtra and Uttar Pradesh, where the presence of RPF personnel has been increased.

He said the advisory covers aspects such as security at platforms, railway stations, yards, parking space, bridges, tunnels, production units and workshops. These places have been earmarked as potential hot-spots, which the anti-social elements can use to hide explosives.

"We have told railway officials at the stations to keep the area 100 per cent lit at all times, withdrawing the earlier order to cut down electricity by 30 per cent by switching off lights in case no coaches are parked at the stations.

Earlier in the day, the Union Home Ministry sent an advisory to all states to remain alert following the verdict. A senior MHA official requesting anonymity said a general advisory has been sent to all states and Union Territories asking them to deploy adequate security personnel at sensitive places.

The MHA on Wednesday also cautioned the Yogi Adityanath-led Uttar Pradesh government to ensure all security preparedness in the temple town, which would be turned into virtual fortress to thwart any challenge to the law and order situation.

Citing intelligence inputs on terror threat, the Ministry has alerted the Uttar Pradesh government through a circular issued last week on the orders of Union Home Secretary Ajay Kumar Bhalla, directing maximum deployment of police force on the ground and keep tabs on rumours on social networking sites and through SMS when the apex court announces its verdict.

A five-judge Supreme Court bench heard the Ayodhya case on a day-to-day basis for 40 days and reserved its verdict on October 16. The apex court is expected to deliver its verdict on a dispute over the ownership of 2.77-acre of land in Ayodhya before November 17.