Each Parcel Van was loaded with 466 Dry Chillies bags, weighing around 19.9 tonnes. 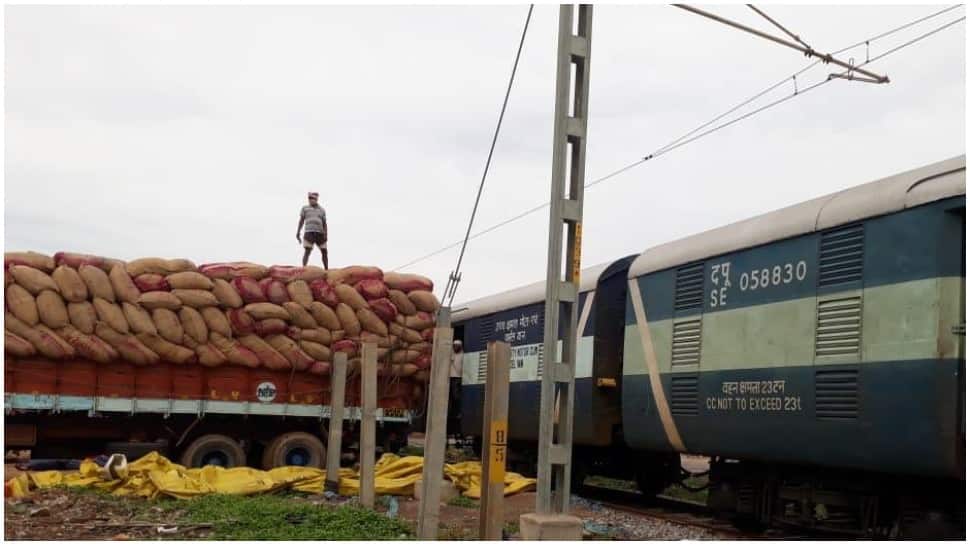 Guntur: For the first time the Indian Railways, loaded special parcel train beyond the country borders to Benapole in Bangladesh with dry chillies from Reddipalem in Guntur District of Andhra Pradesh.

Railway Minister Piyush Goyal also announced the news on his Twitter account and wrote, "Beyond National Borders: Gearing up exports, for the first time, Railways transports dry chillies in a Special Parcel Train to Bangladesh."

Beyond National Borders: Gearing up exports, for the first time, Railways transports dry chillies in a Special Parcel Train to Bangladesh. pic.twitter.com/DQOUnyLxxo

Guntur and its surrounding areas in Andhra Pradesh are well known for chillies' cultivation.

The quality of this farm produce is internationally renewed for its uniqueness in taste and brand.

Earlier, the farmers and merchants in and around Guntur area have been transporting dry chillies by road to Bangladesh in small quantities and that was costing around Rs 7000 per tonne. During the lockdown period, they could not move this essential commodity by road. Then Railway staff and officials approached the consignors and explained the facilities to transport by rail.

Accordingly, they have moved the dry chillies by rail in bulk through goods trains. But for moving the consignment by goods trains, it is mandatory for the farmers and merchants to mobilise the quantity in bulk ie at least more than 1500 tonnes in each trip.

To mitigate this problem and to facilitate the rail users to move their quantities in smalls up to a maximum of 500 tonnes in each trip,  Guntur Division of South Central Railway took the initiative and moved the Special Parcel Express to Bangladesh.

This has helped the farmers and merchants of Guntur to market their farm produce beyond the country border by transporting the dry chillies in small quantities through Special Parcel Express.

Each Parcel Van was loaded with 466 Dry Chillies bags, weighing around 19.9 Tonnes and the total weight carried by the Special Parcel Express is around 384 Tonnes.

The cost per tonne for carrying by Special Parcel Express is Rs. 4,608 and which is very cheap and economical as compared to Road transport which is amounting to Rs. 7,000 per tonne.

It may be noted that Indian Railways has taken a series of steps to boost parcel train traffic during the COVID period.

Transportation of essential items like medical supplies, medical equipment, food, etc in small parcel sizes are very important items that are needed for business as well as consumption purposes. In order to fill in this vital need, Indian Railways has made railway parcel vans available for quick mass transportation by E-Commerce entities and other customers including State governments.