Defence Acquisition Council (DAC) on Thursday approved the proposal for procurement of 21 MIG-29 along with upgradation of existing 59 Mig-29 aircraft and procurement of 12 Su-30 MKI aircraft from Russia. 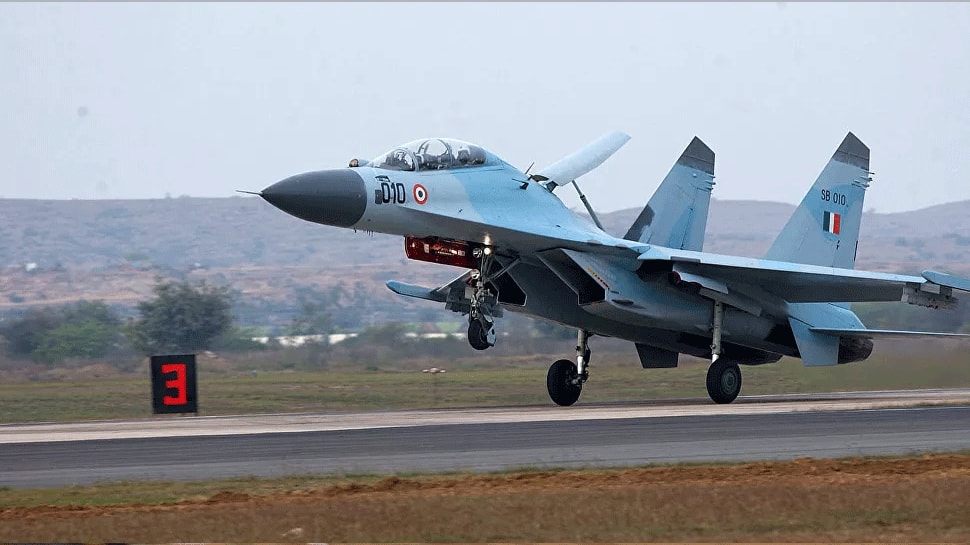 NEW DELHI: The Defence Acquisition Council (DAC) on Thursday approved the proposal for procurement of 21 MIG-29 along with upgradation of existing 59 Mig-29 aircraft and procurement of 12 Su-30 MKI aircraft from Russia.

While the MIG 29 procurement and upgradation from Russia is estimated to cost Rs 7418 crore, the Su-30 MKI will be procured from HAL at an estimated cost of Rs 10730 crore, the Defence Ministry said in a statement.

“In the current situation and the need to strengthen the Armed Forces for the Defence of our borders and in line with Prime Minister’s clarion call for ‘Atma Nirbhar Bharat’, the Defence Acquisition Council in its meeting of July 2, 2020, held under the Chairmanship of Defence Minister Rajnath Singh accorded approval for capital acquisitions of various platforms and equipment required by the Indian Armed Forces,” the statement said.

''The proposals for an approximate cost of Rs 38900 Cr were approved. With a focus on indigenous design and development, these approvals include acquisitions from Indian Industry of Rs 31130 Cr. All equipment are to be manufactured in India involving the Defence Industry with the participation of several MSMEs as prime-tier vendors. The Indigenous content in some of these projects is up to 80% of the project cost. A large number of these projects have been made possible due to Transfer of Technology by DRDO to the Indigenous Industry. These include Pinaka ammunitions, BMP armament upgrades and Software Defined Radios for the Army, Long Range Land Attack Cruise Missile Systems and Astra Missiles for Navy and Air Force. The cost of these Design and Development proposals is in the range of Rs 20400 cr.” the DAC said in a release.

Acquisition of new and additional missile systems will add to the firepower of three armed services, it added. While the acquisition of Pinaka missile systems will enable raising additional regiments over and above the ones already inducted, the addition of Long-Range Land Attack Missile Systems having a firing range of 1000 Km to the existing arsenal will bolster the attack capabilities of the Navy and the Air Force, the DAC release said.

Similarly, induction of Astra Missiles having Beyond Visual Range capability will serve as a force multiplier and immensely add to the strike capability of Navy and Air Force. Further, addressing the long-felt need of the Indian Air Force to increase its fighter squadrons, the DAC also approved the proposal for procurement of 21 MIG-29 along with upgradation of existing 59 Mig-29 aircraft and procurement of 12 Su-30 MKI aircraft.

While the MIG 29 procurement and upgradation from Russia is estimated to cost Rs 7418 Cr, the Su-30 MKI will be procured from HAL at an estimated cost of Rs 10730 Crore.

It was earlier reported that Russia is ready to deliver Sukhoi Su-30 MKI and Mikoyan-Gurevich MiG-29 fighter jets to India in the shortest possible timeframe. In a government to government deal which comes amidst the India-China border tension, the Indian Air Force (IAF) has plans to order and induct 33 fighters - 12 Sukhoi Su-30 MKIs and 21 MiG-29s - from Russia.

Russia is ready to assess the issue of early delivery even as the country is already helping the IAF in the MiG-29 modernisation programme.  IAF got its first MiG-29 in 1985 and the modernisation will help increase combat capabilities of the MiG-29 fighters to a level comparable to the 4th Generation jets.

Post-modernisation MiG-29s will allow integration of Russian and foreign origin weapons including tracking of aerial targets in a wide range of flight speeds and altitudes, tracking of heat-contrasting air objects & perform “hidden” (without the use of radar) attacks on them. Modern materials and technologies for corrosion protection will increase the service life of MiG-29 fighters by up to 40 years.

The first contract to deliver Su-30MKI jets to the IAF was signed on November 30, 1996, in Irkutsk, Russia, between Rosvooruzhenie state intermediary company and the Indian Defence Ministry. It envisaged the delivery of 32 Su-30s, all of which were produced in 2002-2004.

Satisfied with the performance of the aircraft, the Indian Defence Ministry placed additional orders. In December 2000, both countries signed a contract for organising the licensed production of Su-30MKIs in India at the Hindustan Aeronautics Limited facilities. Then in 2012, another contract for technological kits of Su-30MKIs was signed as the Sukhois have proved to be a reliable and effective multirole heavy aerial combat platform for the IAF.

The Su-30MKI project has become one of the largest in the history of military cooperation of India with a foreign country and also has contributed to the sales of Su-30MK family aircraft to other countries.

Moreover, the programme has directly influenced the development of Su-30SM fighter jet, which is currently being delivered to the Russian Air Force and is also being offered at the international arms market as Su-30SME.

COVID-19 tests in India to soon touch one crore-mark: Centre