India is expected to launch a mobile tech platform ‘UNITE AWARE’ during its presidency for UN Peacekeepers. External Affairs Minister Dr S Jaishankar is also expected to travel to New York and will be chairing two important debates there. 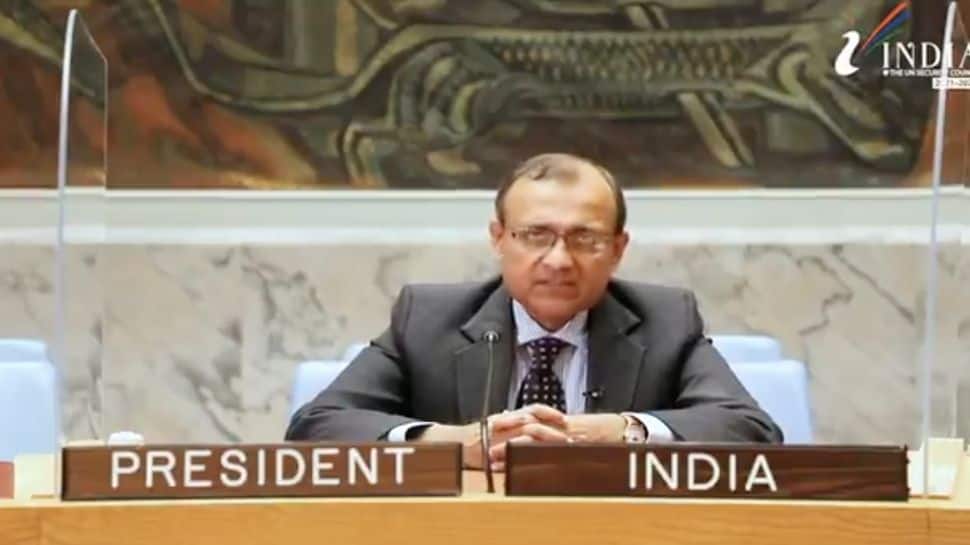 New Delhi: As India takes up the presidency of the United Nations Security Council for the month of August, the country will be holding key signature events and will focus on three things, maritime security, peacekeeping and counter-terrorism. Prime Minister Narendra Modi will be addressing the council virtually on a debate on maritime security.

Meanwhile, External Affairs Minister Dr S Jaishankar is expected to travel to New York and will be chairing two important debates, one on technology and peacekeeping and another will be a discussion on Secretary General’s 13th strategic-level report on ISIS.

India is expected to launch a mobile tech platform ‘UNITE AWARE’ during its presidency for UN Peacekeepers. The platform will increase situational awareness and provides terrain-related information to peacekeepers. New Delhi has contributed $1.64 million towards it and has been working with the UN's Department of Peacekeeping Operations for the development of the platform. India is one of the largest contributors to UN Peacekeeping missions.

India is a non-permanent member of the UNSC for a period of two years, which began on January 1, 2021. In an interview last week, India's envoy to UN T S Tirumurti said, "We have taken a forward-looking approach on various issues of peace and security" and "provided the much-needed balance in the deliberations within the council."

Other issues that will dominate the agenda of the council will be Syria, renewal of UN Interim Force in Lebanon (UNIFIL)'s mandate, Yemen, Palestine, Iraq when it comes to West Asia. Africa, as always will be the key focus, with the renewal of the mandate of UN Assistance Mission in Somalia (UNSOM), Mali, the situation in Ethiopia's Tigray as key areas. In the neighborhood, Myanmar will come up for discussion.

Monday will be the first working day of the council and will see the adoption of the agenda and press conference by Indian envoy Tirumurti. India has been the president of the body in June 1950, September 1967, December 1972, October 1977, February 1985, October 1991, December 1992, August 2011, November 2012. The president decides the agenda for the month, coordinates important meetings and other related issues, and is an influential position.