There also occurs a net deficit in terms of numbers of multi-role helicopters in India to guard surface ships which are being delivered with great frequency now by our indigenous ship-building industry, said defence experts. 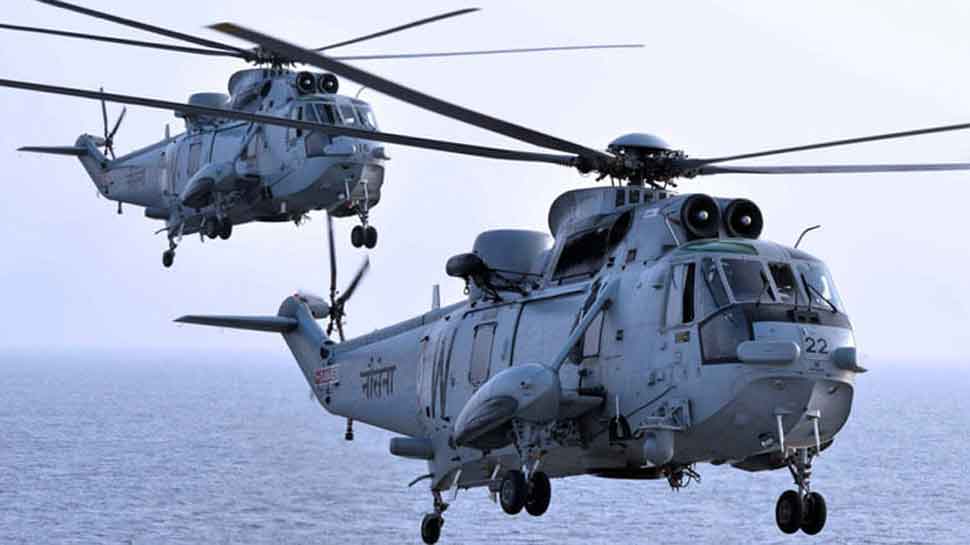 Defence experts said, there also occurs a net deficit in terms of numbers of multi-role helicopters in India to guard surface ships which are being delivered with great frequency now by our indigenous ship-building industry. Without the requisite integral air elements in the form of multi-role choppers, surface ships are exposed to submarine attacks which are the real threats in Naval warfare.

The UK-made Seaking choppers, inducted into Indian Navy around 40 years ago for purposes of anti-submarine warfare and anti-surface vessel warfare, are ageing, besides the fact that they never underwent upgrades after induction. The Sea Harriers, designed for reconnaissance and fighter roles too, have been decommissioned leaving Indian Navy to just one frontline squadron of Seaking helicopters based at INS, Shikra in Mumbai.

As per experts, the urgency of acquiring the NMRH should not be lost even though it is for the decision-makers to decide whether the acquisition should be made through imports or through indigenous manufacturing.

The Navy has been using the maritime patrol aircraft, the US-made P8I, for surveillance purposes since 2013. As per reports, a deal has been finalized by India with the US in September to acquire 10 more of the long-range anti-submarine warfare platform P8I.

"The P8I, though a formidable platform in its own capacity, cannot deliver the functions of a multi-role helicopter. A multi-role helicopter, for instance, can operate from ship decks out at sea, perform anti-submarine warfare, anti-surface vessel warfare, electronic intelligence, surveillance tasks, carry out urgent attacks, operate independent of shore bases for an extended duration and act as the long arm of the fleet.'' said retired Commander KP Sanjeev Kumar, a former Navy test pilot.

Chinese news agency Xinhua reported on October 10 that China`s new indigenously developed Z-20 chopper made a demo flight during a four-day helicopter exposition that was held in Tianjin city. As per sources, the Z-20 is a clone of the US-made Sikorsky H-60 Black Hawk helicopter, which China has built by acquiring technology through `reverse engineering`.

Sources said the Hindustan Aeronautics Limited (HAL) is conducting an internally funded study for the NMRH, a project which is still on the drawing board. In August 2017, the Indian Navy had floated a global Request for Information (RFI) for 123 Naval Multi-Role Helicopters. But a deal is yet to be closed despite the shortfall in numbers. A multi-billion dollar deal is further in the process to procure 23 multi-role MH-60R Seahawk choppers, which are produced by Sikorsky Aircraft Corporation of the US.

"But 23 choppers will not suffice for the needs of the Indian Navy. It was decided that the 123 NMRH will be developed in India under the strategic partnership model. If import has to be ruled out, the strategic partner, that is, the original equipment manufacturer has to be identified first. The urgency of acquiring the NMRH should not be lost in the corridors of the defence ministry," said a former Navy official on the condition of anonymity.