Vela is the fourth of the six Scorpene submarine that has completed the out fittings at MDL. 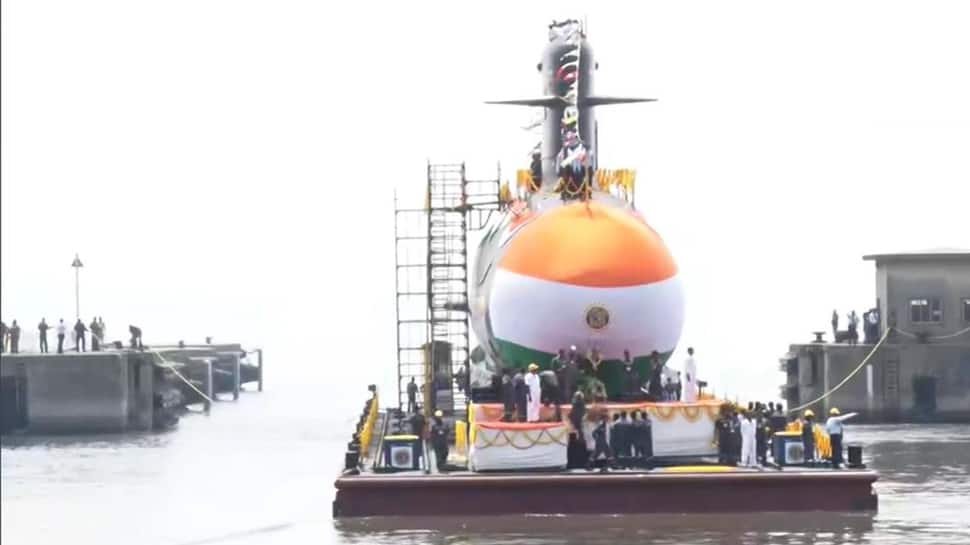 Indian Navy's fourth stealth Scorpene class Submarine Vela was on Monday launched for trials at the Mazagon Dock Limited (MDL) in Mumbai. The launch of the submarine is a major boost for the underwater capability of the Indian Navy.

Vela is the fourth of the six Scorpene submarine that has completed the out fittings at MDL.

- A contract between French DCNS, and Mazgaon Dock Limited under Indian Navy's Project-75 was signed in 2005 for the supply of six submarines.

- The remaining two submarines in the country's Scorpene Submarine programme are Vagir and Vagsheer, both of which are currently in the advanced stages of manufacturing at MDL.

- INS Khanderi and INS Karanj are in the advanced stages to join the Navy fleet.

- The contract for the construction and Transfer-of-Technology for six Scorpene submarines in series, has M/s Naval Group (formerly DCNS) of France as 'Collaborator' and are being built by MDL.

- The state-of-the-art technology utilised for construction of the Scorpene class submarines has ensured superior stealth features such as advanced acoustic silencing techniques, low radiated noise levels, hydro-dynamically optimized shape and the ability to launch a crippling attack on the enemy using precision-guided weapons.

- After the launch of INS Karanj, the Navy had said that the event reaffirms the giant strides taken by Mazagon Dock Shipbuilders Ltd (MDL) in the ongoing ‘Make In India’ programme, which is being actively implemented by the Department of Defence Production (MoD).