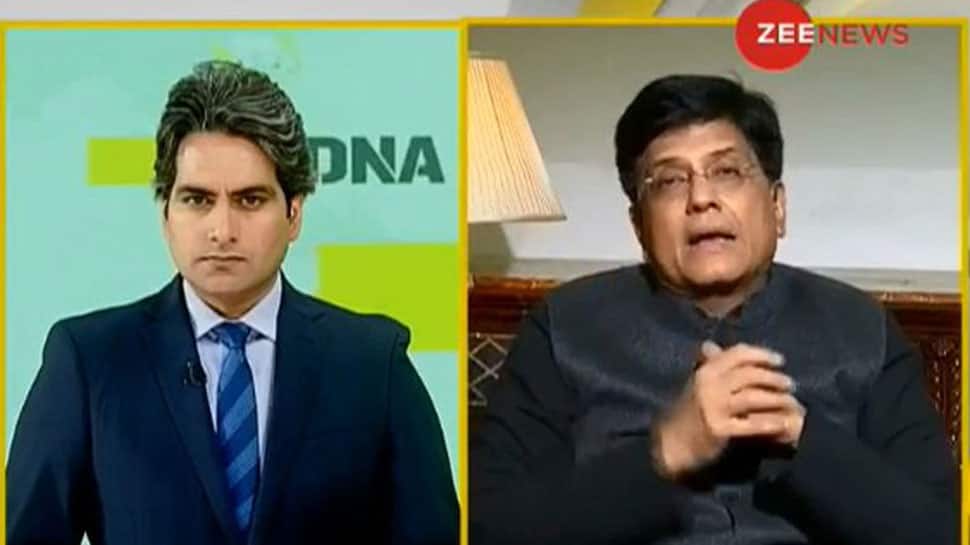 NEW DELHI: While stating that the Interim Budget 2019 presented by him in Parliament has nothing to do with the upcoming Lok Sabha election, Finance Minister Piyush Goyal on Friday said that the sole objective of the tax sops and financial assistance announced by Narendra Modi government is to make the lives of the common man and farmers much better.

The Finance Minister, while speaking to Zee Media, said that besides achieving high growth, the BJP government has controlled and maintained low inflation, “which was back-breaking at 10.1 percent during the period 2009-14 (of UPA rule).”

The FM stated that with the Interim Budget aims at making New India’ by 2022 as the government has successfully laid the foundation for sustained growth and better quality of life in the last five years.

The FM also spoke about various initiatives to push growth and said India has become the 6th largest economy due to the continuous efforts of the Modi government.

“The last five years saw India being recognised as a bright spot of the economy. We are the fastest growing economy,” he said.

The Narendra Modi-led government has provided stable and clean government over the last five years and “transformational reforms” have been undertaken, Goyal said

“We have prepared the foundation for sustained growth and better quality of life,” Goyal said.

Talking about government’s endeavour to realise the ‘New India’ by 2022, FM Goyal said it would mean clean country, housing for all, access to clean toilet and clean drinking water, doubling of farmers’ income, and an India free from terrorism, casteism and nepotism.

Replying to a question that by announcing tax rebate for low-income groups and middle-class taxpayers, the government has actually attempted to connect with a large chunk of the population for electoral benefits, Goyal said that it would be incorrect to say that.

''The tax rebates announced by the government is actually a bonanza for the honest taxpayers, who play a significant role in the nation building,'' the FM said.

When asked to comment on a leaked report on unemployment data which claimed that the rate of joblessness in India is at 45-year high, the Finance Minister said that the report is incorrect as the method for data collection has changed with the passage of time and a  lot of data keeps coming from various sectors, which were not considered earlier.

The government has not released any report on the unemployment data as yet, the FM said.

Though the FM stopped short of admitting that the Interim Budget 2019 will be a ''turning point'' ahead of the Lok Sabha election, he said that development has always been the key mantra of PM Modi's government and various welfare measures taken by it from time to time has nothing to do with the elections.

''All the decisions have been taken keeping in mind the downtrodden, the marginalised, the low-income groups and the farmers. After nearly five years of BJP rule, the nation now knows that only PM Modi can give a stable, strong and decisive government.

When asked to comment if the Narendra Modi will stay in power at the Centre for next ten years, the Finance Minister said that the BJP government will continue to provide best services to each and every household of the country while keeping the soul of rural India intact.

''We have been working tirelessly and will continue to work hard to make India a world leader. I believe the people of India will reward us for the commendable job done by us,'' FM Goyal said.