On June 13, there will be a curtain raiser to the main event in Ranchi and it will be attended by several state dignitaries, besides yoga organisations and instructors. 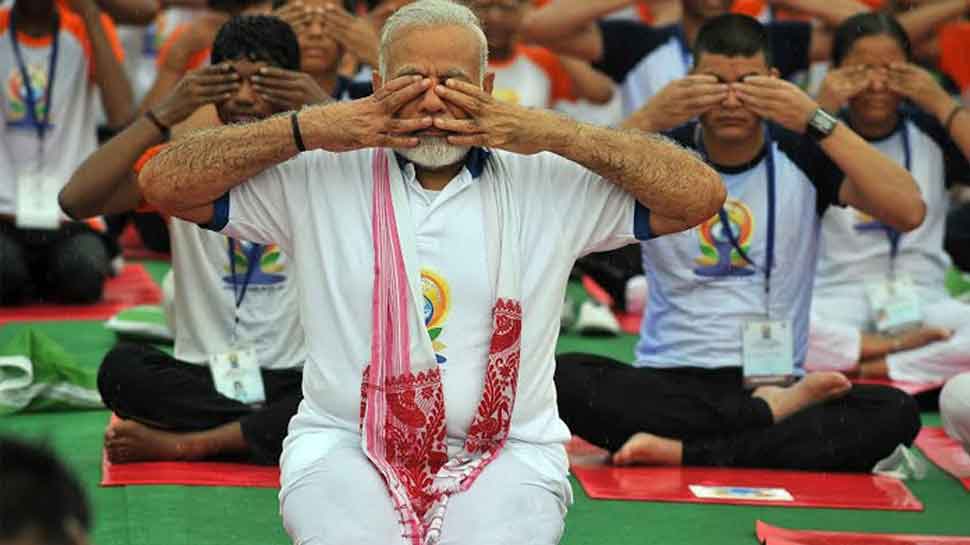 New Delhi: Jharkhand's capital Ranchi will be the venue for the main event for International Yoga Day on June 21 and Prime Minister Narendra Modi will attend it, AYUSH Ministry officials said Saturday.
The event will be held at the Prabhat Tara ground and around 30,000 people are expected to participate in it, they said.

On June 13, there will be a curtain raiser to the main event in Ranchi and it will be attended by several state dignitaries, besides yoga organisations and instructors.

The ministry, which is the nodal body to oversee the annual celebrations, has organised several programmes since the inception of yoga day in 2015.

In Delhi, the main event will be at Rajpath and it will be organised by the New Delhi Municipal Council (NDMC) in association with the ministry.

The ministry has urged all ministries and departments of the central government, all state governments and other related institutions to work in a coordinated manner to observe the day and secure long-term gains in the area of public health and wellbeing, the ministry said in a statement.

State governments and all stakeholders are undertaking several activities to ensure good participation in the yoga day celebrations, according to the statement.

To ensure a large number of people participate, some of the most accomplished yoga gurus of India had come together and developed the Common Yoga Protocol (CYP), the statement said, adding this essentially is a specified sequence of yoga asanas of 45 minutes duration.

Industry bodies like CII, FICCI, Institute of Company Secretary, as well as educational bodies like CBSE, NCERT, UGC, DAV have already rolled out various programmes in preparation for June 21.

In addition to this, the ministry is also encouraging individuals and institutions - including educational, government bodies, business firms, industries and cultural organisations ? to join International Yoga Day events for the benefit of their staff, the statement said.

The thrust of yoga day is on harmonious mass yoga demonstrations, in which millions of people participate, at thousands of venues.