Iran says it has captured a British tanker, Indians among 23 crew members on board

The exact number of Indians on board is not yet clear. 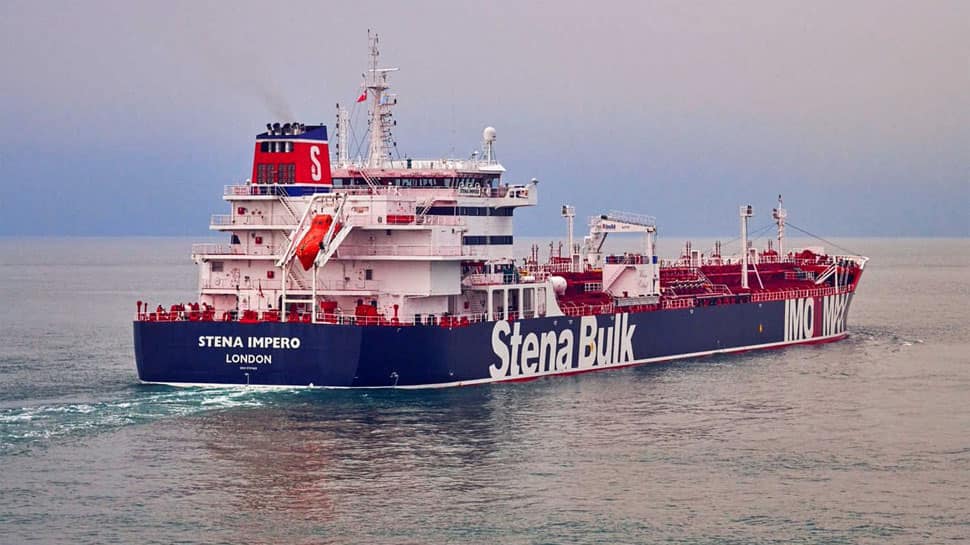 Tensions in the Gulf region simmered after Iran said that it has seized a British oil tanker in the Strait of Hormuz on Friday, hours after rubbishing claims of US Navy downing an Iranian drone. Twenty-three seafarers are on board, including Indians. However, the exact number of Indians on board is not yet clear. The Ministry of External Affairs is yet to comment on the development.

The Sweden-based cargo vessel owner Stena Bulk, which manages the  released a statement confirming that the Stena Impero ship was no longer under the crew`s control and could not be contacted.

“Stena Bulk and Northern Marine Management can confirm that Swedish-owned vessel Stena Impero (built 2018, 49,683 DWT) is no longer under the control of the crew and remains uncontactable,” said the statement.

“Soon after the vessel was approached by unidentified small naval craft and a helicopter during her transit of the Strait of Hormuz in international waters at approximate 1600 hrs BST today, the vessel suddenly deviated from her passage to Jubail and headed north towards Iran.

“The vessel was in full compliance with all navigation and international regulations. The vessel is commercially managed by Stena Bulk of Sweden,” it added.

“There are 23 seafarers onboard of Indian, Russian, Latvian and Filipino nationality. There have been no reported injuries and the safety and welfare of our crew remains our primary focus. We are in close contact with both the UK and Swedish government authorities to resolve this situation and we are liaising closely with our seafarers’ families,” said Erik Hanell, President and Chief Executive, Stena Bulk.

Later, military sources said that the second tanker Mesdar has not been seized. It was shortly stopped and briefed by Iranian authorities on maritime security and harmless navigation.

The United Kingdom has urgently sought information about its tanker.

UK Foreign Secretary Jeremy Hunt issues statement condemning the seizure. "I'm extremely concerned about the seizure of two naval vessels by Iranian authorities in Strait of Hormuz. I will shortly attend a COBR (Cabinet Office Briefing Rooms) meeting to review what we know and what we can do to swiftly secure the release of the two vessels," Hunt said.