Iran counters Trump, says US shot down its own drone 'by mistake'

Iran's statement came hours after the US President Donald Trump said that a US Navy ship had "destroyed" an Iranian drone in the Strait of Hormuz. 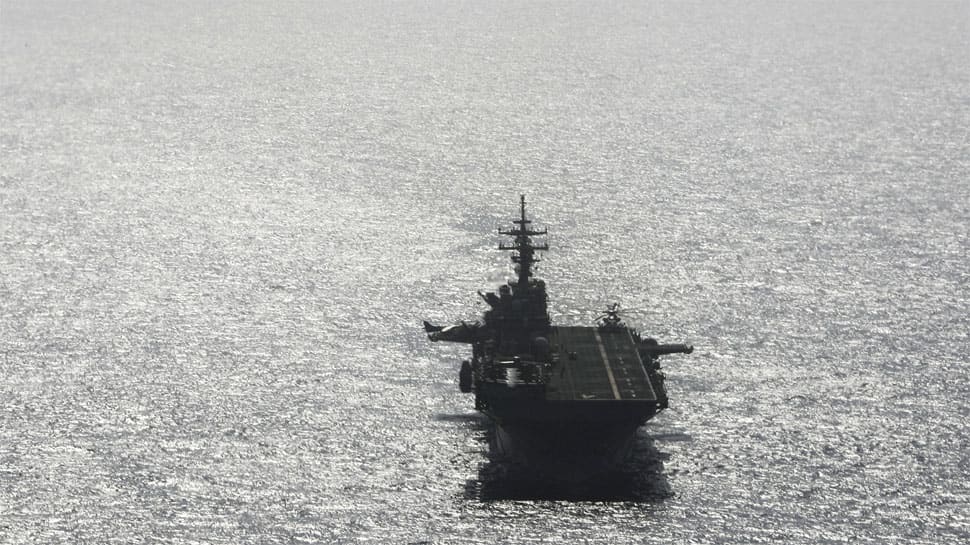 USS Boxer (LHD-4) ship sails near a tanker in the Arabian Sea off Oman (Reuters Photo)
Share:
Written By:

DUBAI: The United States “shot down their own UAS (Unmanned Aerial System) by mistake”, Iran said on Friday while dismissing US' claims of downing an Iranian drone. The Western Asia nation's top minister said all the country's drones had returned safely to base.

Iran's statement came hours after the US President Donald Trump said that a US Navy ship had "destroyed" an Iranian drone in the Strait of Hormuz, the world`s most important oil artery.

“We have not lost any drone in the Strait of Hormuz nor anywhere else. I am worried that USS Boxer has shot down their own UAS by mistake!” tweeted Seyed Abbas Araghchi, Deputy Foreign Minister of Iran. ‏

We have not lost any drone in the Strait of Hormuz nor anywhere else. I am worried that USS Boxer has shot down their own UAS by mistake!

"All drones belonging to Iran in the Persian Gulf and the Strait of Hormuz ... returned safely to their bases after their mission of identification and control, and there is no report of any operational response by USS Boxer," Abolfazl Shekarchi, a senior armed forces spokesman, was quoted as saying by news agency Tasnim.

In this latest episode to stir tensions between the NATO allies, Trump said at the White House event that the Iranian drone flew within 1,000 yards of the USS Boxer, an amphibious assault ship, and ignored "multiple calls to stand down."

Later, the Pentagon said in a statement that the USS Boxer had taken “defensive action” against a drone, but did not mention whether the aircraft was Iranian.

“At approximately 10 am local time, the amphibious ship USS Boxer was in international waters conducting a planned inbound transit of the Strait of Hormuz. A fixed wing unmanned aerial system (UAS) approached Boxer and closed within a threatening range. The ship took defensive action against the UAS to ensure the safety of the ship and its crew,” said the Pentagon.

Tensions ran high in the Gulf region with fears that the United States and Iran could stumble into war.

Relations between the two nations soured after Trump dumped the 2015 Iran Nuclear Deal, under which Iran agreed to curtail its enrichment of uranium in return for the lifting of global sanctions crippling its economy. Since mid-May 2019, the US blamed Iran for a series of attacks on shipping around the Strait of Hormuz. Tehran has categorically denied all the allegations.

On July 7, Iran announced that it will increase its levels of enriched uranium that can be used for bomb fuel, nuclear plants and has amassed more low-enriched uranium than permitted under its 2015 nuclear deal. The United States in retaliation slapped sanctions on 12 individuals and entities based in Iran, Belgium, and China in connection with the Iran nuclear programme.