India has shared dossiers about Pakistani links to the Pulwama terror attack with Pakistan government as well as several key countries. 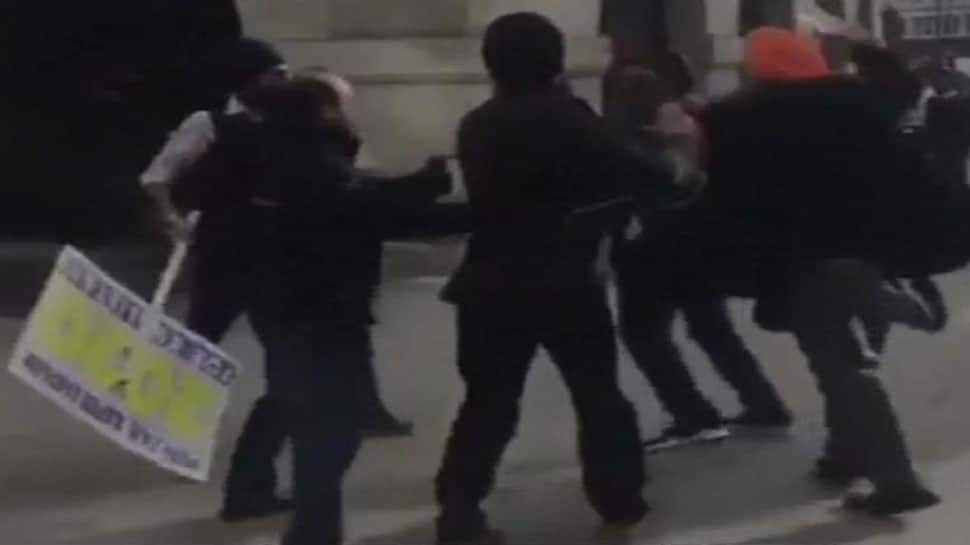 London: A large group of Pakistan-backed pro-Khalistan activists attacked innocent British-Indian civilians outside the Indian High Commission here on Saturday, possibly as revenge to Indian air strike at a terror camp in Pakistan last month and anti-Pakistan protests that have been taking place across the world.

Wearing turbans, the attackers raised slogans like `Naraa-e-Taqbeer` and `Allah-u-Akbar` along with anti-India slogans while targeting the people who were waiting for visa related appointments with officials of the High Commission, witnesses said here on Sunday.

This attack is largely being seen as Pakistan's counter to the widespread protests which have been taking place globally against its role in the Pulwama terror attack which claimed the lives of over 40 CRPF personnel. After Pakistan-based terror outfit Jaish-e-Mohammed (JeM) claimed responsibility for the February 14 attack, the international community has intensified its pressure on Pakistan to dismantle terror infrastructure on its soil.

In fact, the United States has bluntly told Pakistan to stop providing support and safe haven to terrorists and terror outfits.

India, on February 26, carried out anti-terror air strike at a major terror camp of JeM in Pakistan's Balakot.

A "large number" of terrorists, including top commanders, were eliminated in the strike, Foreign Secretary Vijay Gokhale had told the media hours after the air raid.

India has shared dossiers about Pakistani links to the Pulwama terror attack with Pakistan government as well as several key countries.

India on Saturday sought credible, verifiable and sustained action from Pakistan against terror groups, saying that mere words will not be enough to impress the international community. "Pakistan will be judged by not the words it speaks but action it takes...The proof of action is not issuing a notification but dismantling infrastructure which should be verified. Pakistan is well aware of its own commitment and concrete action that has to be taken against terrorism... If Pakistan claims to be a `naya (new) Pakistan with nayi soch (new thought)’, it should show `naya (new) action’ against terrorist groups and terror infrastructure on its soil and end cross border terrorism in support of its claims," External Affairs Ministry spokesperson Raveesh Kumar said on Saturday at a media briefing.