The RISAT-2BR1 is the second satellite in the RISAT-2B series and the launch of this satellite by ISRO will boost the capability of Indian security agencies to carry out the surveillance of earth from the space. 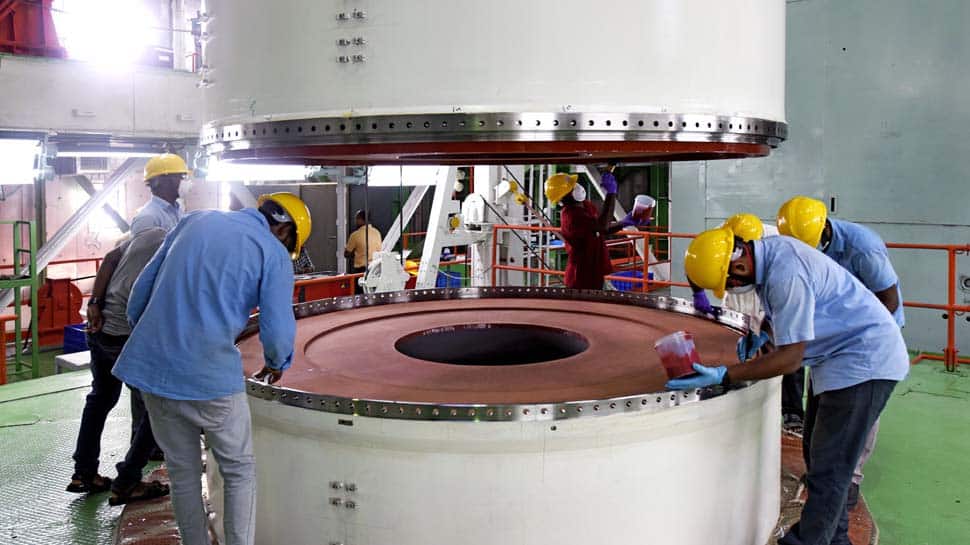 The RISAT-2BR1 is the second satellite in the RISAT-2B series and the launch of this satellite will boost the capability of Indian security agencies to carry out the surveillance of earth from the space.

The RISAT-2BR1 will be launched onboard the Polar Satellite Launch Vehicle (PSLV) rocket and the launch of this satellite will be the 50th mission of the PSLV. Along with the RISAT-2BR1, the PSLV rocket will also carry nine commercial satellites -- six from the US and one each from Israel, Italy and Japan.

On November 27, ISRO's PSLV-C47 had successfully injected Cartosat-3 spacecraft into orbit after its launch from the Satish Dhawan Space Centre.

"I am happy that PSLV-C47 injected precisely in the orbit with 13 other satellites. Cartosat-3 is highest resolution civilian satellite; We have 13 missions up to March- 6 large vehicle missions and 7 satellite missions," ISRO chief Dr K Sivan had said.

The PSLV-C47 launched Cartosat-3 and 13 commercial nanosatellites into the Sun-synchronous orbit. Cartosat-3 satellite is a third-generation agile advanced satellite having high-resolution imaging capability. The 13 nanosatellites are from the United States (US) as part of a commercial arrangement with NewSpace India Limited (NSIL), Department of Space.