Although doctors say the Covid-19 cases are increasing, the hospitalization of the patients has still not crossed the danger mark. 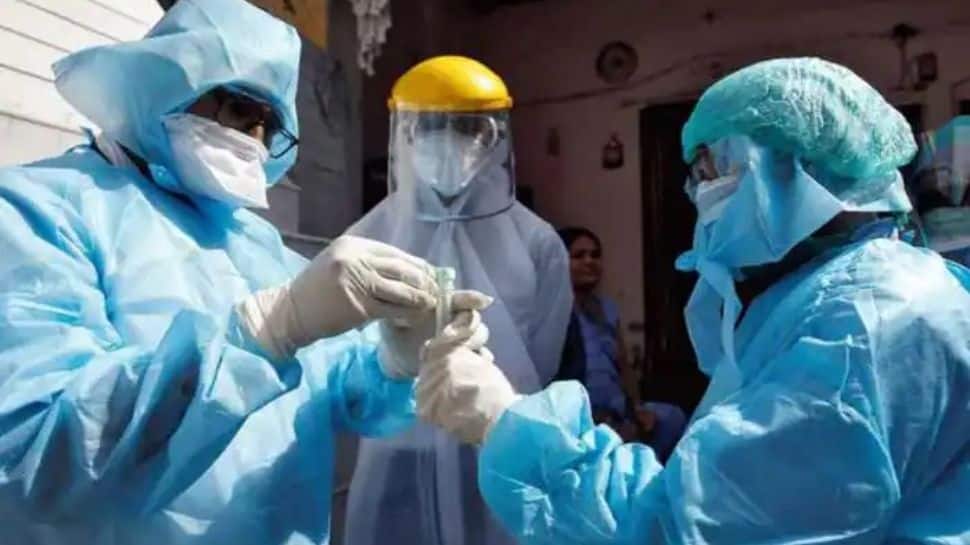 Srinagar: Jammu and Kashmir is witnessing a sharp rise in the number of Covid positive cases. The union territory has crossed the mark of 1,695 daily Covid-19 cases for the first time since June 2021. The Kashmir division reported 883 cases while Jammu reported 812 positive cases.

The Srinagar city saw the maximum number of positive cases at 320. It was followed by Baramulla district in North Kashmir with 250 positive cases. The doctors in the Valley say that the number will increase further in the coming days. The health department has canceled all the leaves and winter holidays of health workers across the UT.

All the government-run hospitals have been kept ready for any eventuality. Although doctors say the cases are increasing, the hospitalization of the patients has still not crossed the danger mark.

''Of late we have seen there is an exponential rise in the covid cases in the Union Territory, the numbers used to be less than 200 a week back and they grew exponentially to reach 1700 cases a day. We are seeing a huge surge in cases and Omicron has been detected as well. The samples were taken on December 20 and it's been quite some time since then so we are pretty confident that the omicron variant must already be in the community which is leading to such a huge surge in the number of cases. We are seeing the surge in cases but we are not witnessing too many hospital admissions, it's the same or slightly increasing and nothing in comparison to the first and second wave. We have to take precautionary measures and follow covid protocol behavior to get things under control. If we go way beyond the risk of patients getting hospitalization, which may translate into a huge burden on health care later,”' said Dr Naveed Nazir Shah, HOD, Chest Disease Hospital, Srinagar.

The Omicron variant has also been detected in the Union Territory. Around 23 cases have been found in just two days. The doctors believe that it's already spread across the Valley as the samples for those who tested positive for Omicron were taken on December 20. Although the doctors believe that's a milder variant but spreads at a very fast pace. The doctors say if it spreads further, there would be a burden on the health sector in the Union territory.

''The tertiary and secondary hospitals and even the PHC's have been upgraded. The healthcare system is all ready to deal with any eventuality. The Omicron is definitely milder as far as we have seen it in various countries. It causes a milder form of disease and hospitalization is less as compared to delta variant but seeing the huge number of cases it can lead to because the infectivity of the virus is high, if with the huge number of cases, a small percentage of hospitalisations can translate into a huge number. So we cannot take it lightly although it's highly infectious and nobody can escape the Covid virus but we have tried to limit the number of cases so that hospitalization numbers are limited,” said Dr Naveed Nazir Shah.

With the rising number of cases, the administration has sprung into action and formed 15 teams in every district to make sure that people are following all the Covid-related protocols. These volunteers are checking cars and vehicles and asking people to wear masks and maintain social distance.