Jammu and Kashmir is an integral part of India and strictly an internal matter, said Ministry of External Affairs (MEA). 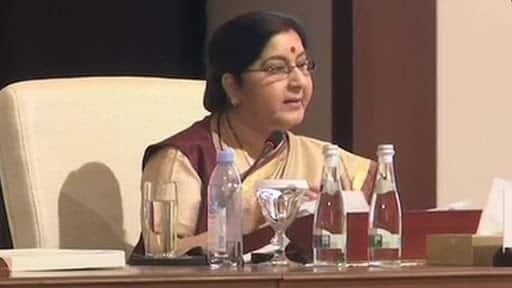 NEW DELHI: Jammu and Kashmir is an integral part of India and strictly an internal matter, said Ministry of External Affairs (MEA).

"As regards the resolutions on Jammu and Kashmir, our stand is consistent and well known. We reaffirm that Jammu & Kashmir is an integral part of India and is a matter strictly internal to India," Spokesperson in the Ministry of External Affairs (MEA) Raveesh Kumar said.

The ministry's reaction came in response to a resolution on the matter by the Organisation of Islamic Cooperation (OIC) in its two-day foreign ministers' conclave in Abu Dhabi.

Earlier, the Pakistan Foreign Office claimed that the OIC concluded with a resolution that "supported" Pakistan on the Kashmir issue and expressed “deep concern" over the alleged human rights violations in the region.

External Affairs Minister Sushma Swaraj on Friday had laid focus on the rise of terrorism during her address at the inaugural plenary of the two-day meeting of the foreign ministers' meeting of the Organisation of Islamic Cooperation (OIC) states. "Terrorism and extremism bear different names and labels. It uses diverse causes. But in each case, it is driven by distortion of religion, and a misguided belief in its power to succeed," she said.

Swaraj was the first Indian minister to address the OIC and the 'Guest of Honour' at the meeting.

India's participation came despite strong demand by Pakistan to rescind the invitation to Swaraj to address the grouping which was turned down by the host UAE, resulting in Pakistan's Foreign Minister Shah Mehmood Qureshi boycotting the plenary.

“EAM Sushma Swaraj attended OIC 46th CFM session as Guest of Honour at invitation extended by Foreign Minister of UAE. We deeply appreciate this historic gesture on 50th anniversary of their 1st meeting,” said the MEA.

The OIC is a grouping of 57 countries, majority of which are Muslim-dominated. It has usually been supportive of Pakistan and, often sided with Islamabad on the Kashmir issue.