Naresh Agrawal Agrawal on Monday quit the Samajwadi Party to join the BJP. 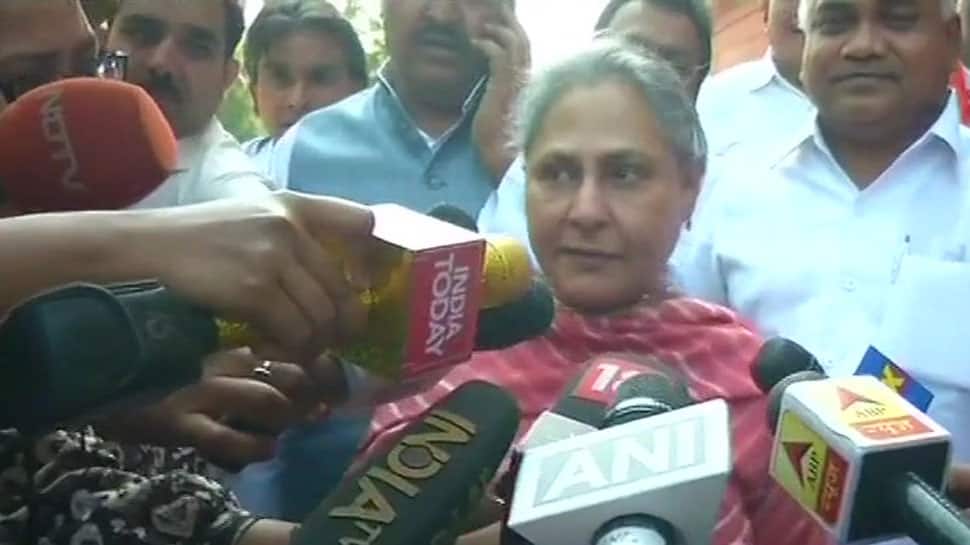 New Delhi: Actor-politician and Rajya Sabha MP Jaya Bachchan on Tuesday refused to comment on the remarks against her by BJP leader Naresh Agrawal.

"I am a stubborn lady, I will not answer," she said while talking to media persons.

Meanwhile, facing a backlash for belittling Jaya, Agrawal on Tuesday offered his regrets but said his comments were twisted by the media.

"My intention was not to hurt anybody's sentiments. I regret if my comment has hurt somebody's feelings and withdraw my words," he said on Tuesday.

Agrawal, who lost out to Bachchan in the race for re-nomination to the Upper House and on Monday had quit the Samajwadi Party to join the BJP, had said at a press conference that the SP denied him the RS ticket and gave it to somebody who used to dance and act in films.

His comments invited strong criticism from BJP leaders, including Sushma Swaraj, who said they were "improper and unacceptable".

Shri Naresh Agarwal has joined Bhartiya Janata Party. He is welcome. However, his comments regarding Jaya Bachhan ji are improper and unacceptable.

Another BJP leader and Haryana Minister Anil Vij, too said, "What Naresh Agarwal has said is condemnable. He has not got over the culture of his previous party. He will take some time to adapt to our party's culture.'

Union Minister Harsimrat Kaur Badal on Tuesday also slammed Agrawal. "The statement he has given is very shameful. It needs to be condemned," the Shiromani Akali Dal (SAD) leader told reporters in the Parliament House complex in the national capital.

The SAD is one of the oldest allies of the Bharatiya Janata Party.

On the other hand, SP chief Akhilesh Yadav on Tuesday condemned Agrawal's comment and said in a tweet, "We condemn the BJP and Naresh Agrawal for his derogatory statement against Jaya Bachchan. This is an insult to every Indian woman and the film industry. If the BJP really respects women, then it should immediately take action against him. The women's commission should also look into it."

Agrawal, who has courted controversies with his statements in the past as well, had made the remarks in the presence of BJP leaders, including Union minister Piyush Goyal, at a press conference held at the party headquarters.

"For someone who used to dance in films, act in films, I was denied a ticket (for the Rajya Sabha). I did not find it appropriate," he had said.

Agrawal's term as a Rajya Sabha member comes to an end on April 2, 2018. Jaya Bachchan has once again been nominated to the Upper House by the SP.

(With PTI and ANI inputs)

Rajinikanth visits Rishikesh, says ‘I am not a full-time politician yet’