Bharati's brother Tej Pratap Yadav reacted strongly to the analogy drawn by JD(U) MLC and party spokesman Neeraj Kumar and threatened to file a case against him. 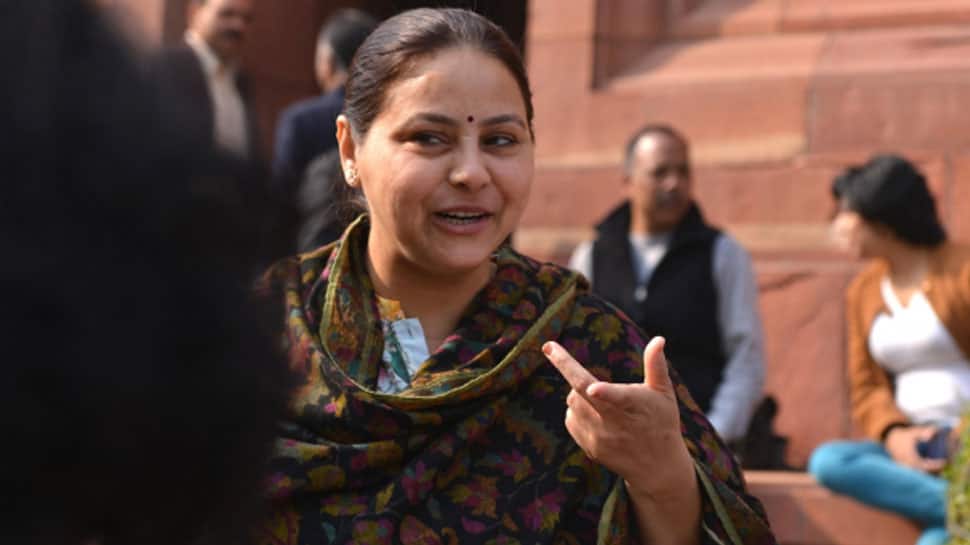 Patna: A leader of the ruling JD(U) in Bihar Sunday stirred controversy by comparing RJD president Lalu Prasad's eldest daughter Misa Bharati to Shurpanakha, the sister of the demon king Ravana who was depicted as a seductress in the epic Ramayana.

Bharati's brother Tej Pratap Yadav reacted strongly to the analogy drawn by JD(U) MLC and party spokesman Neeraj Kumar and threatened to file a case against him.

In a tweet, Kumar made the oft-repeated charge that the Rashtriya Janata Dal (RJD) supremo had deviated from the Indian tradition by choosing his younger son Tejashwi Yadav as his political heir ignoring Tej Pratap, the elder one.

"(In the Ramayana) Bharat had marched to the forest and implored Lord Rama to return. But today, the situation is reversed. The younger brother is in a position of power, the elder one has been forced to live in exile and Shurpanakha is being denied even a small territory," Kumar tweeted.

Although the JD(U) leader took no names, his tweet was an obvious reference to the ascendance of Tejashwi Yadav as the party's de facto leader in the absence of Lalu Prasad, who is serving sentence in fodder scam cases.

The analogy followed the controversy over the elder brother's out of turn announcement of Bharti's candidature from Pataliputra constituency in the Lok Sabha polls.

Bharti fought from Pataliputra unsuccessfully in 2014. Tejashwi Yadav has not commented on Bharti's candidature but made it clear that all party nominees for Lok Sabha polls would be decided by the parliamentary board with the approval of Lalu Prasad.

Tej Pratap hit back at Neeraj Kumar saying the spokesman of Bihar chief minister and JD(U) president Nitish Kumar has no sense of decency.
"He (Nitish Kumar) must ask his spokespersons to exercise restraint while speaking, else I will drag them to the court," Yadav told reporters.

In the epic, Shurpanakha has been depicted as a seductress whose advances are spurned by Lord Rama. When she approaches his younger brother Laxmana, he chopped off her nose and ears with a sword. It infuriated Ravana who abducts Sita to avenge the insult.